AMC Teases ‘Interview With The Vampire’, ‘The Walking Dead’

The undead rule on AMC this year.

During Super Bowl Sunday, AMC unveiled a short teaser for several series–including the final season of the long-running The Walking Dead and the upcoming debut of Anne Rice’s Interview with the Vampire. Check out the video–courtesy of comicbook.com–on this page.

The Walking Dead: The Final Season Part 2 will start streaming on AMC Feb. 20, and Interview with the Vampire–the small-screen adaptation of Rice’s 1976 bestseller and the 1994 feature film–will premiere later this year.

This video offers the first (brief) peek at the eight-episode first season of Interview with the Vampire that is led by showrunner and screenwriter Rolin Jones. Rice–who passed away last year–is listed as an executive producer, along with her son Christopher and Mark Johnson.

The cast includes Sam Reid and Jacob Anderson as the vampires Lestat and Louis, respectively, and Bailey Bass as Claudia, the 10-year-old girl who is “brought into the blood” by Lestat and Louis. Joining them are Christian Robinson as Levi and Kalyne Coleman as Grace.

The original film–directed by Neil Jordan from a screenplay by Rice–follows the adventures of Lestat and Louis, starting with Louis’ transformation into a vampire by Lestat in 1791. The movie–starring Tom Cruise and Brad Pitt–earned $224 million on a $60-million budget and garnered two Oscar nominations.

Keep reading Horror News Network for the latest on Interview with the Vampire on AMC and AMC+. 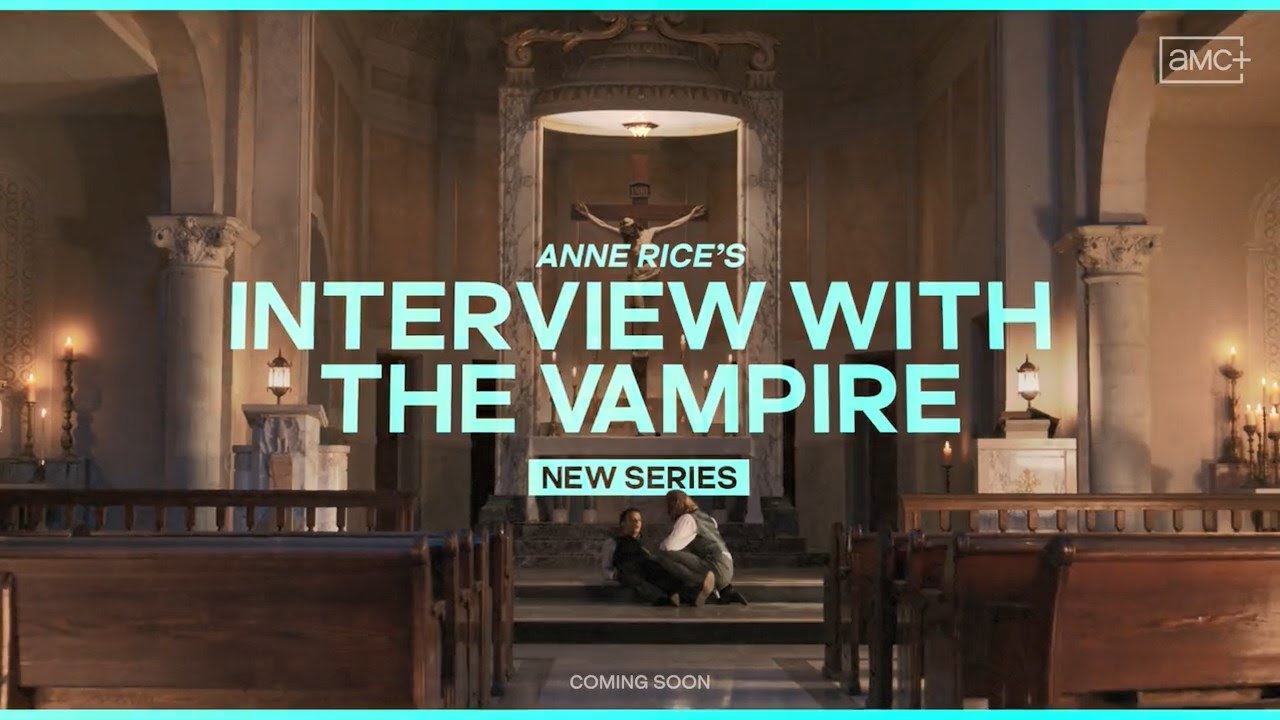