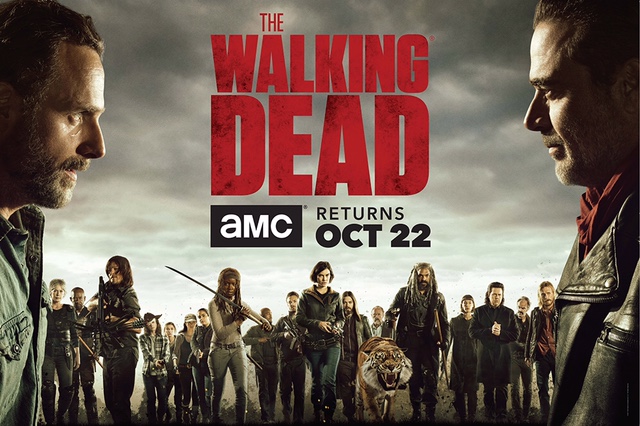 In celebration of the kickoff of this summer’s San Diego Comic Con, AMC released new promotional artwork for both of its popular The Walking Dead franchises. The artwork for Season Eight of The Walking Dead reveals that the show will return to the airwaves on October 22nd, 2017… just in time for Halloween! The episode will also mark the 100th episode of the series. You can view the entire image by clicking the header above this article.

In addition to the Season Eight reveal, AMC has released special poster artwork for Fear The Walking Dead, which will return with new episodes on September 10th, 2017. You can view the image below: 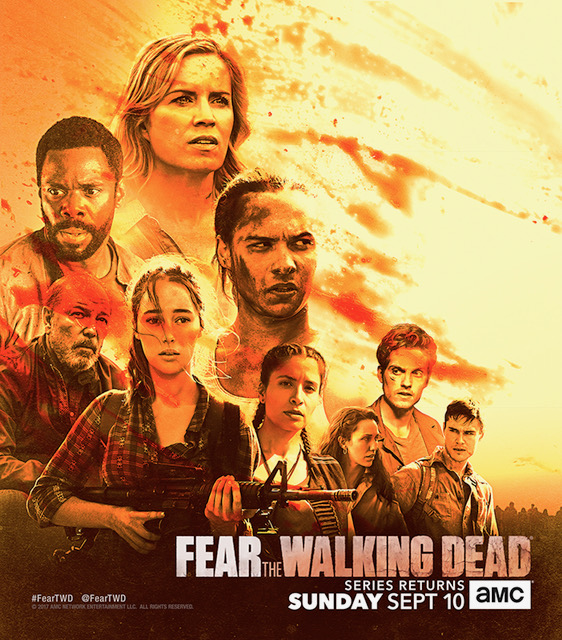