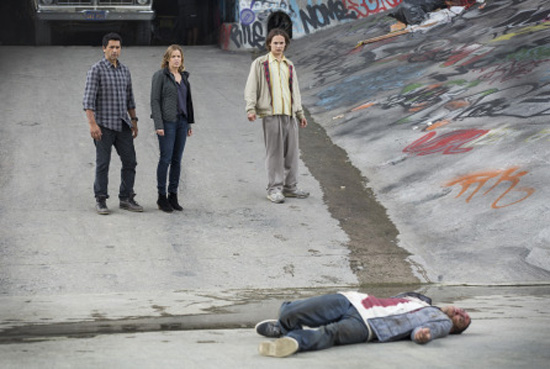 AMC has ordered 2 Seasons of ‘The Walking Dead’ companion series. AMC piloted the series last fall. The first season of the series will air in late summer and have six episodes. Season 2 will be a regular size andair in 2016. The companion series is set in Los Angeles and and will focus on different storylines and new characters. It stars Cliff Curtis, Kim Dickens, Frank Dillane and Alycia Debnam Carey. ‘The Walking Dead’ producers Robert Kirkman, Gale Anne Hurd, Greg Nicotero and David Alpert are executive producing. Dave Erickson is the showrunner and executive producer. Erickson and Kirkman co-created and co-wrote the pilot.

AMC President Charlie Collier spoke about the series saying “We take incredibly seriously the notion of building a satisfying companion series to the number one show on television. From the beginning of The Walking Dead on AMC, we’ve been asked questions about what was going on in other parts of the zombie apocalypse, and what it looked like as the world really did ‘turn.’ Through this new series, we’re going to find out. We respectfully follow the request of Monty Python as we bring out (the latest of) our Dead.”