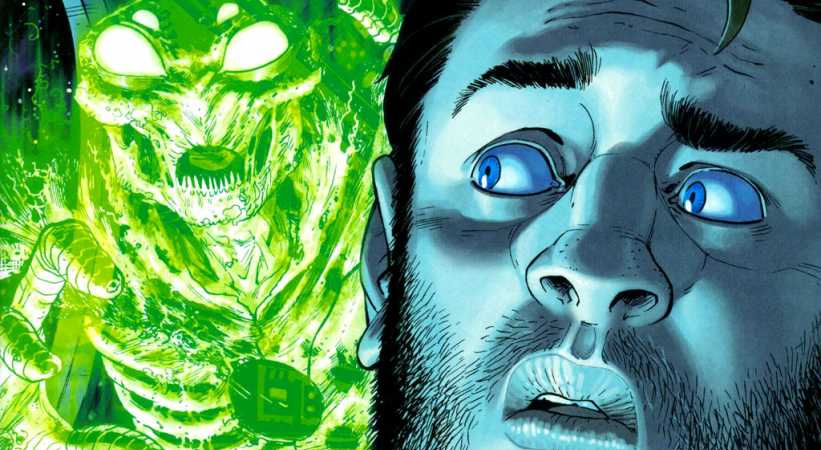 The series synopsis is as follows: Interstellar invaders. Time travel. Clones of clones of clones, and lots of whiskey. Whether he’s battling the scourge of space, going back in time to stop the alien invasion that changed Earth forever, or winning his ex-wife back, there’s nothing that Heath Huston won’t do to try to right the wrongs and gets his family back. He is, after all, the last Fear Agent.

Created by Rick Remender and Tony Moore, Fear Agent had its debut issue through Image Comics in October 2005. The series would move to Dark Horse Comics at issue 12 and remains there until the series went on hiatus with issue 32.

Keep it locked to Horror News Network for the latest on Fear Agent.