Blog - Latest News
You are here: Home / Horror Movies and TV Shows / Amazing New Poster and Gory Trailer for ‘One Must Fall’

One Must Fall has been on our radar since writer/director Antonio Pantoja first launched a fundraising campaign for this, his first full-length feature, in the summer of 2017. Now here we are at the end of 2018 and the first official trailer is here along with an amazing poster by artist Christopher Shy who also did the poster art for Mandy and Shin Godzilla (click here for some of his work).

Described as an 80’s slasher film, One Must Fall tells a merry tale about what happens when a crime scene cleanup crew is on a job where a killer has slaughtered a bunch of folks but, unfortunately for them, remained behind at the scene of the crime.

Check out what may be one of the goriest trailers I’ve ever seen below and below that is the incredible poster by Christopher Shy.

One Must Fall will make it’s debut at HorrorHound Weekend in Cincinnati this March. 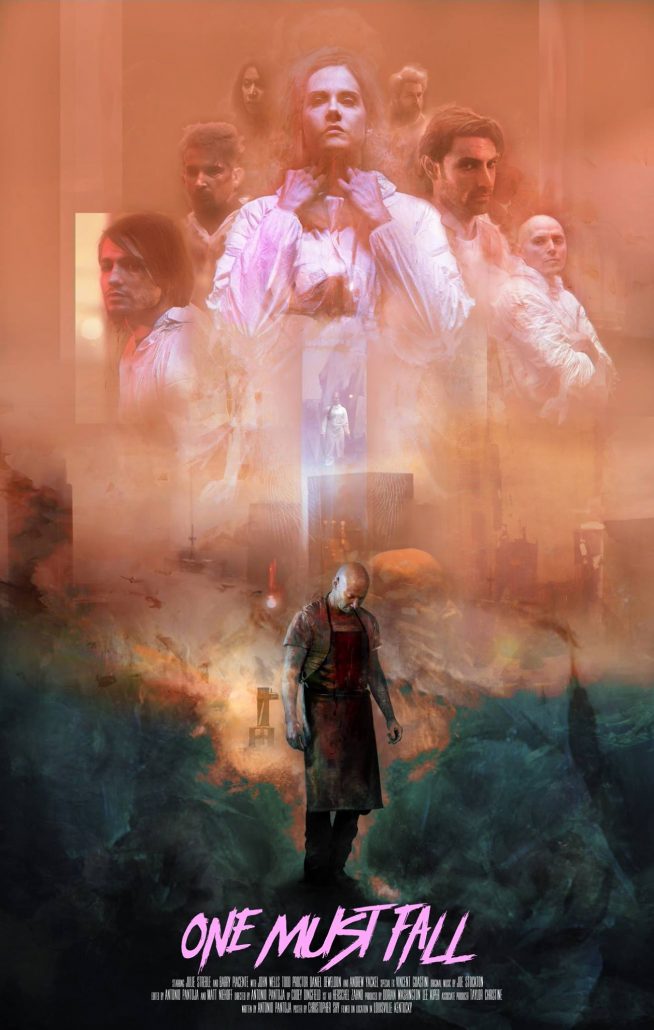 ‘The Last Drive-In: A Very Joe Bob Christmas’ Airs on Shudder on...
Scroll to top