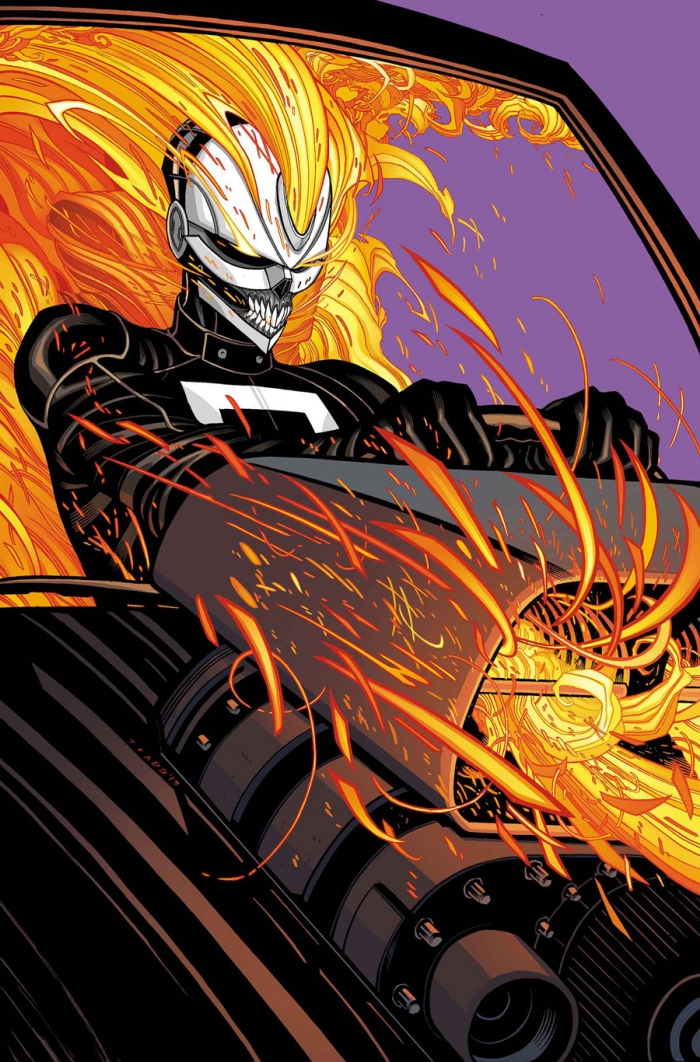 Marvel Comics has provided us a sneak peek of the new All-New Ghost Rider comic.

Robbie Reyes has been imbued with awesome supernatural powers. But can this teenager control his new powers, or will it lead him down the path of destruction as he battles a new plague on the streets… the bizarre Pink Pills! What are they – and who is behind their creation? The streets of East LA are riddled with gangs, drugs, and violence. War is brewing in the criminal underworld. And it’ll take a new kind of hero to battle back the darkness.