There’s a new way to enjoy a fan-favorite monster mashup.

Titan Books this week announced a new anthology–Aliens vs. Predators: Ultimate Prey–to satisfy the need for even more macabre tales of combat between two of the meanest (and ugliest) otherworldly species around. Check out the cover of the book–courtesy of JoBlo.com–on this page.

With both classic film franchises expanding with new installments soon, this anthology may serve as a good way to fill in the blanks and get fans in the mood for continued adventures.

The 448-page volume is described as an anthology of 15 original short stories “featuring the confluence of two iconic properties–as the Predators seek the ultimate prey, the Xenomorphs from Alien, with humans caught in the middle.”

The stories–inspired by the events of the original Aliens vs. Predators films and graphic novels–include a new tale from Jonathan Maberry and Louis Ozawa (Hanzo from Predators), that deals with Hanzo’s brother facing “the eternal threats of both the Yautja and the Xenomorphs.”

Keep reading Horror News Network for all updates on the Alien and Predator franchises. 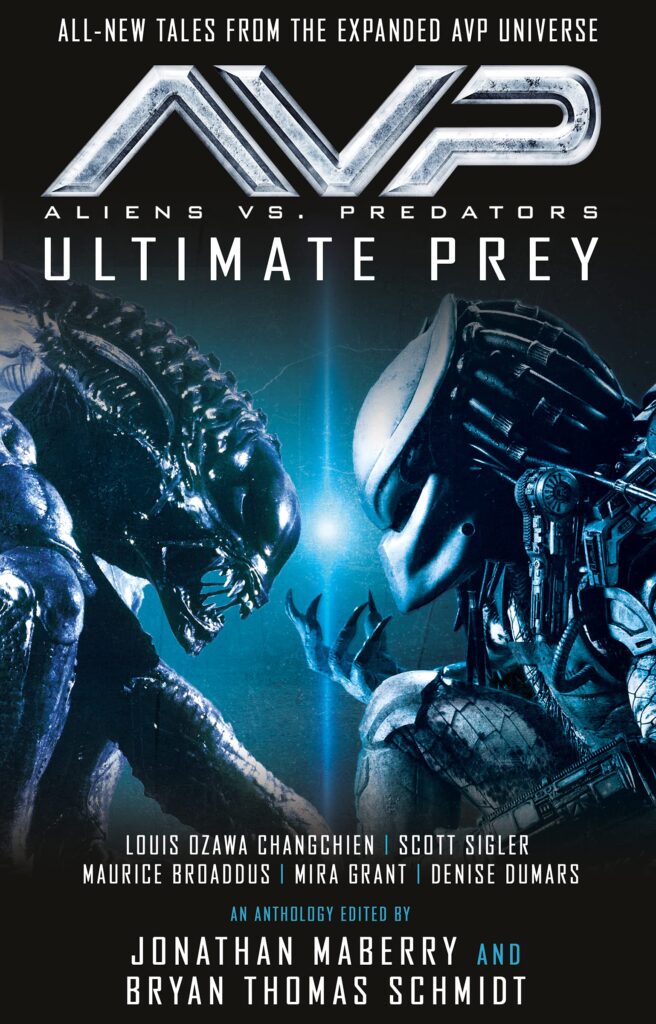