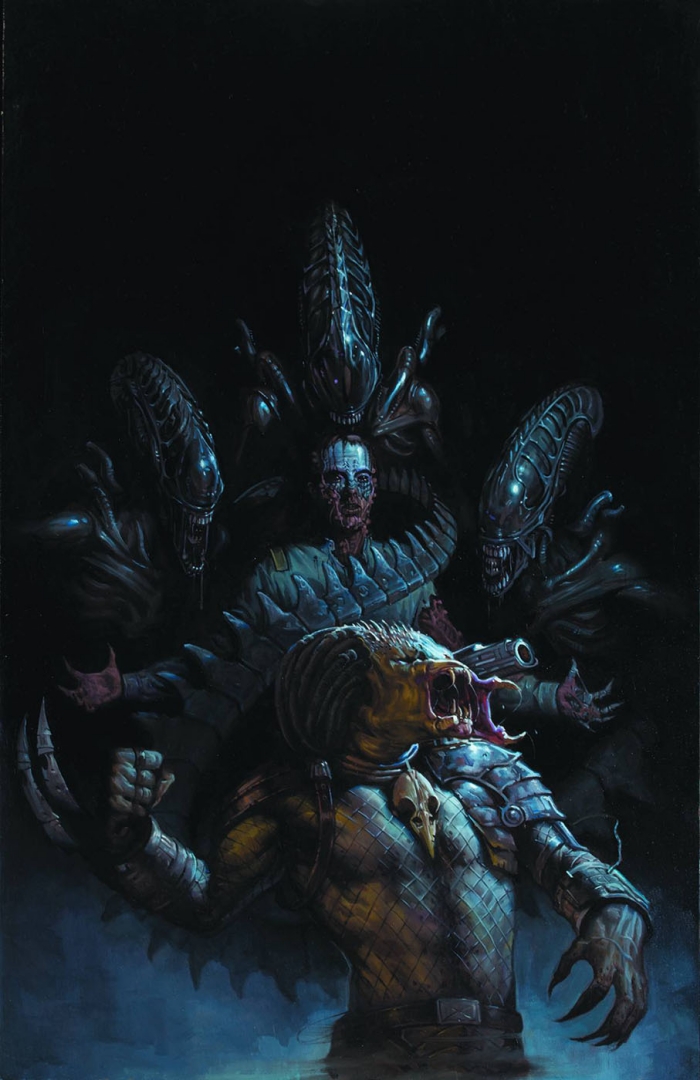 Aliens vs. Predator: Fire and Stone in October

As the mercenary crew of the Perses leave the horror of LV-223 behind them, one passenger reveals a terrible new danger, and the crew soon find themselves in a deadly struggle between predator and prey!

Written by Christopher Sebela and art by Ariel Olivetti with covers by E. M. Gist and Mike Mignola.

Expected to arrive on October 8.