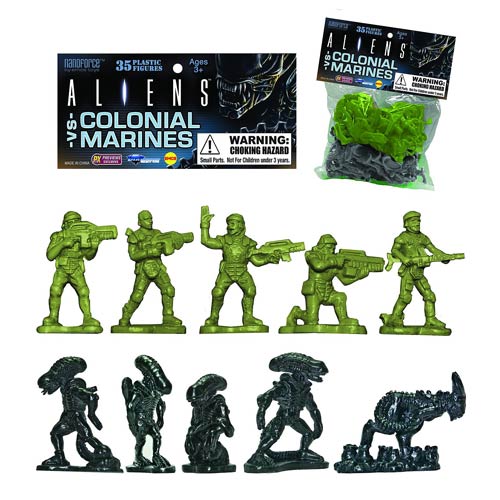 That’s right – the classic bag of plastic army men gets the Weyland-Yutani treatment. Over a dozen Colonial Marines battle an overwhelming number of alien Xenomorphs (and a couple of Queens) in this traditional set based on the 1986 film Aliens. Each figure stands about 2-inches tall, the same scale as classic army men, so they can be mixed, displayed and played with any other set of plastic military figures.