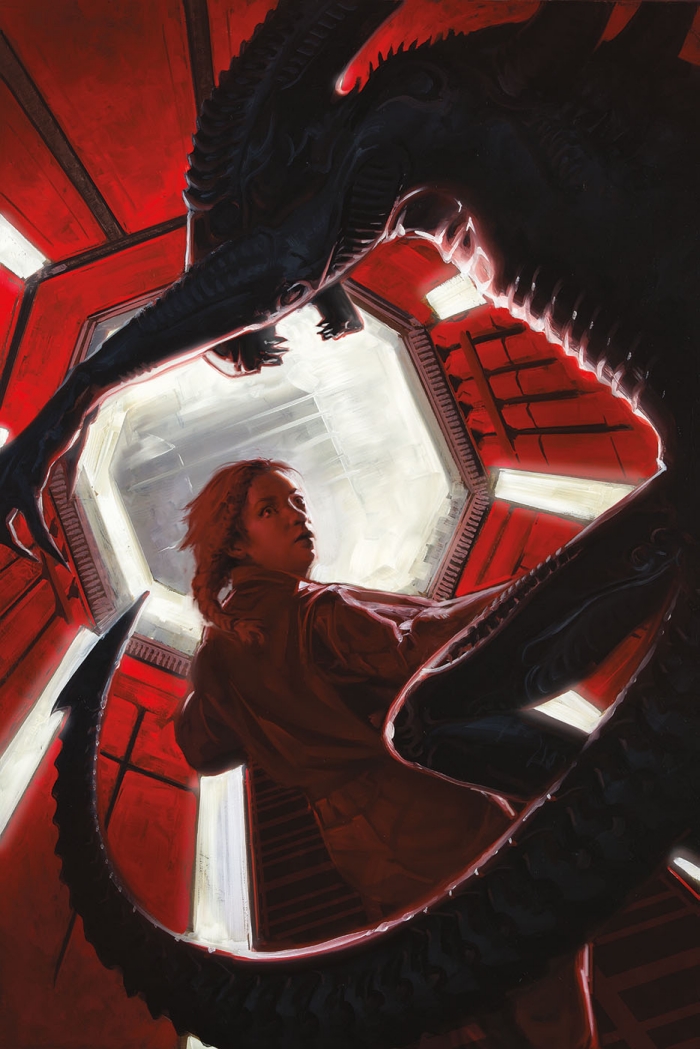 Aliens: Fire and Stone in September

During a vicious xenomorph outbreak, terraforming engineer Derrick Russell leads a desperate group of survivors onto a rickety mining vessel. They hope to escape the creatures overrunning their colony–but they’ll face horrors both in space and on the strange planet they crash on. Ties in with the Prometheus and Aliens films!

Written by Chris Roberson and art by Patric Reynolds with covers by Dave Stewart, David Palumbo and Fiona Staples.

Expected to arrive on September 24.