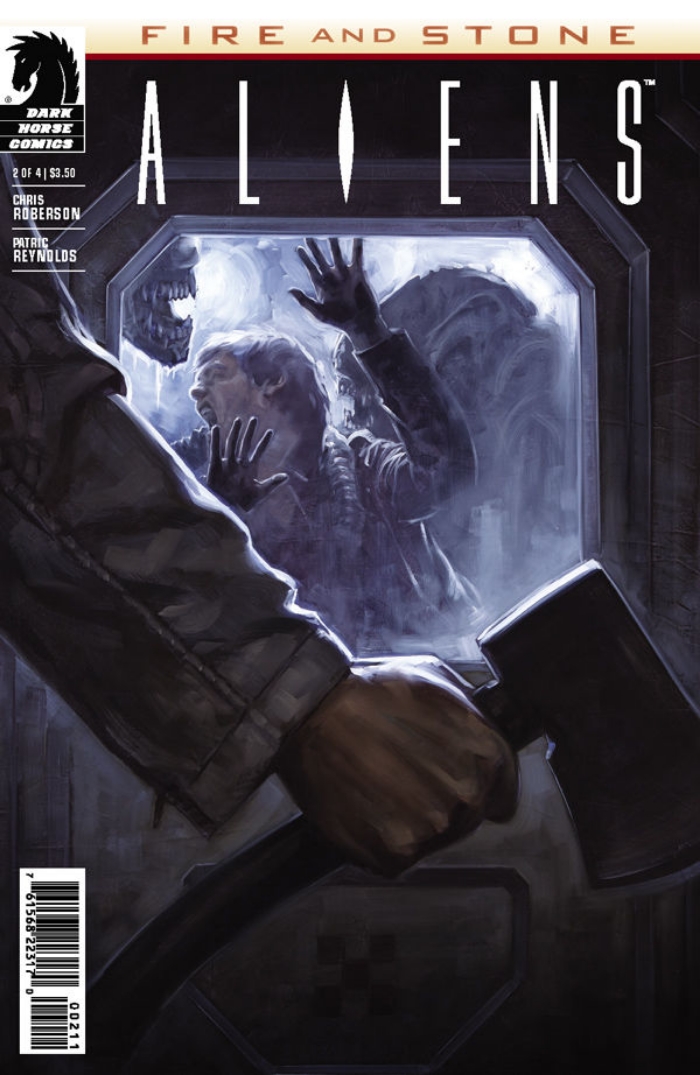 Dark Horse Comics has provided us a preview of the new Aliens: Fire and Stone comic.

After crashing their clunky mining ship on a strange planet, a group of human survivors face both xenomorph attacks and friction among themselves—which could spell doom for everyone! The stranded and desperate group has a single chance: one of their scientists, who seeks the key to their freedom.