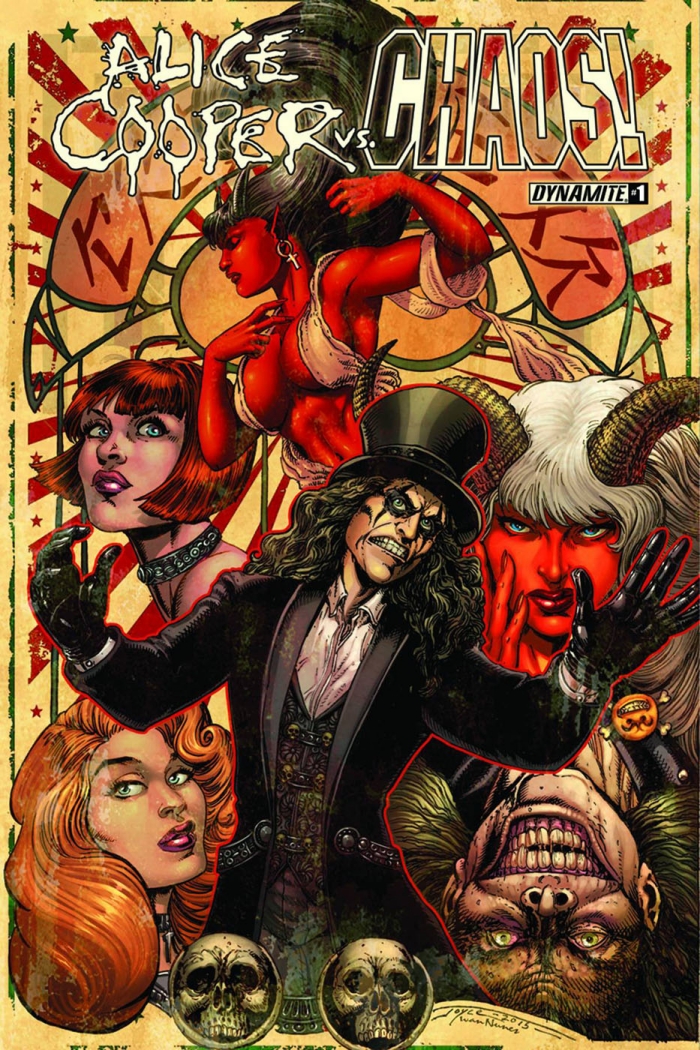 Alice Cooper vs. CHAOS! in September

Bizarre nightmares are plaguing Evil Ernie, Chastity and Purgatori, and though the hate each other’s guts, they may have to join the teen monster team called The Chosen to find the one and only Alice Cooper!

Written by Tim Seeley and Jim Terry and art by Jim Terry with a cover by Joyce Chin.