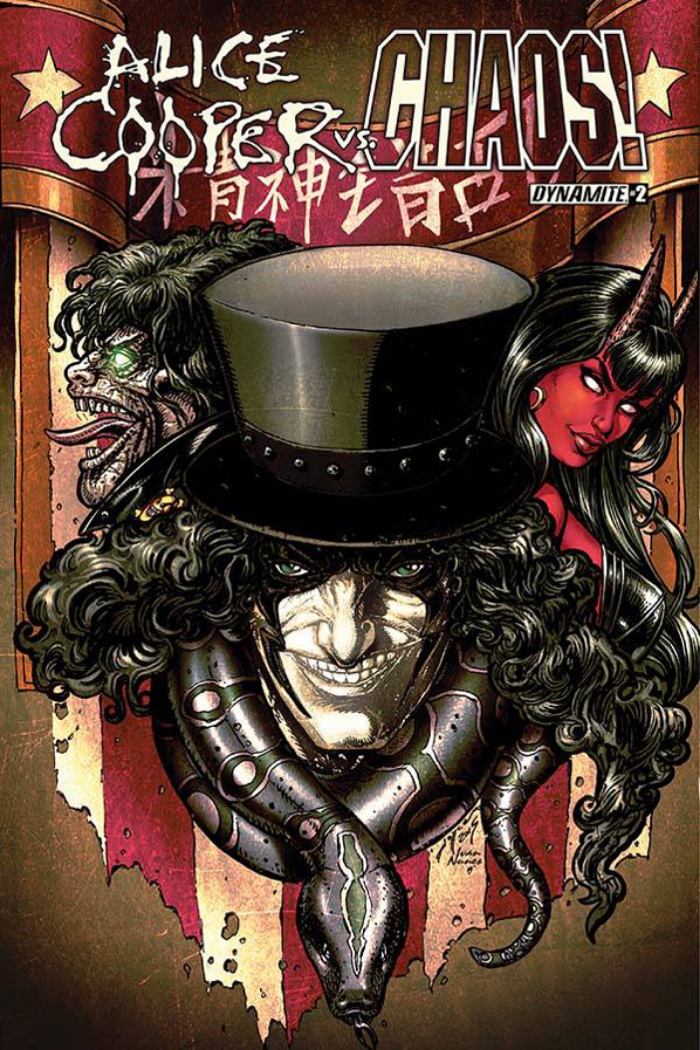 Dynamite Entertainment has provided us a preview of the new Alice Cooper vs. CHAOS! comic.

Chaos reigns as a plague of nightmares descends on the Alice Cooper concert in Milwaukee! But with Alice’s supernatural powers on the fritz, he’ll have to turn to the monsters for help!