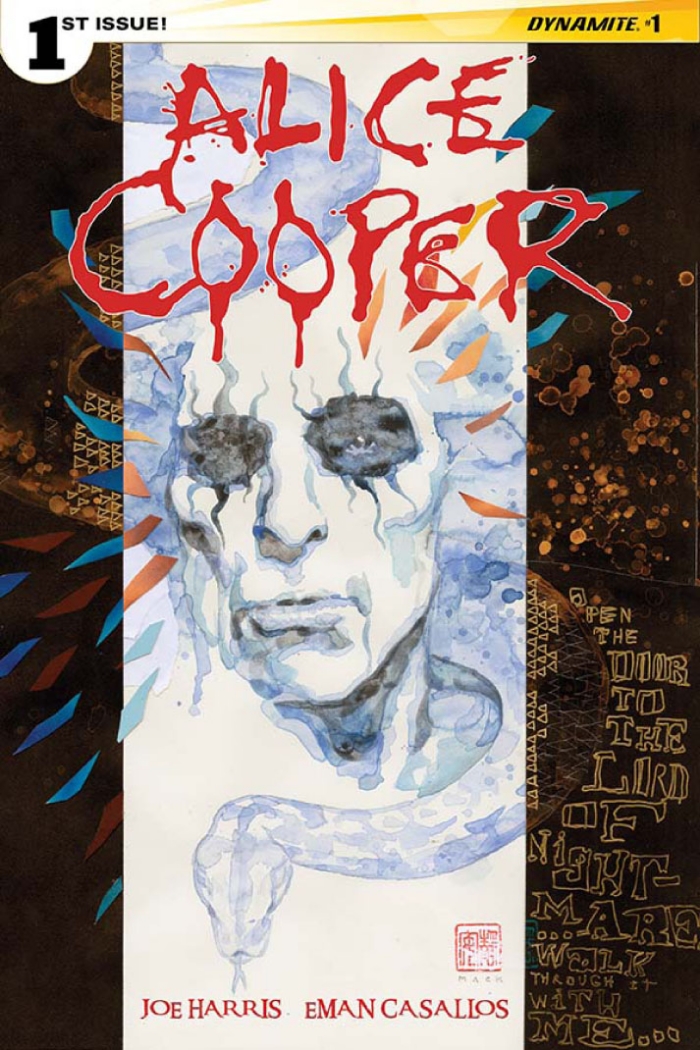 Dynamite Entertainment has provided us a preview of the new Alice Cooper comic.

The X-Files’ Joe Harris takes on The Prince of Darkness – Alice Cooper in his first ongoing comic series!

Rock n’ roll legend Alice Cooper was never a stranger to the mystic and the macabre. His stage shows were the stuff of legend, featuring snakes and pyrotechnics and the invocation of dark themes and darker forces. But while he was a legend in the waking world, few knew his role as “The Lord of Nightmares” beyond it, where he watched over us while we dreamed, and delivered horrors unto the deserving. Only someone took it all away from him, cast him out of his realm and locked him away… until now. And if he’s going to reclaim his dark throne, he’s going to need all the help he can get!