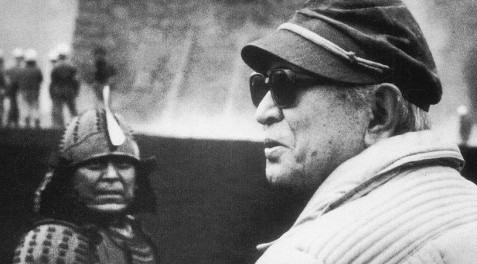 Chinese film studio CKF pictures and Huayi Brothers Media announced at a press conference in Beijing on Wednesday that they will team to produce a film based on a script by legendary Japanese director Akira Kurosawa.

The film (which is tentatively slated for a 2020 release and is titled Masque of the Black Death) is an adaptation of Edgar Allan Poe’s short story “The Masque of the Red Death”.  Poe’s story (which received the Roger Corman-treatment in 1964 and naturally starred perenial Poe actor Vincent Price) tells the tale of Prince Prospero, a vain and foolish man who invites all of his rich friends to a party so they can ignore and dismiss the terrible plague happening outside of the walls of the castle.  As is usually the case in these situations, even all of the Prince’s wealth and influence can not protect him and his guests from a visit from “the Red Death”.

This is not the first time that Kurosawa’s scripts has been filmed posthumously, such as  After the Rain, Alley Cat, and The Sea is Watching (which were produced in 2000 and 2002).  An unfinished Kurosawa script was even recently used as the basis for a video game in the form of PS4’s  Nioh.

Oddly enough, the producers stated that, “They didn’t have great confidence in the commercial potential of the film, but they still want to do the film out of respect for Akira Kurosawa‘s legacy.”

Whether the film is an international hit or not,  fans of Kurosawa, Poe, and horror will certainly be interested in seeing the work of two of the most significant creators of their day translated into a film for the 21st century.

Hilary Heath Passes Away Due to Complications From COVID-19