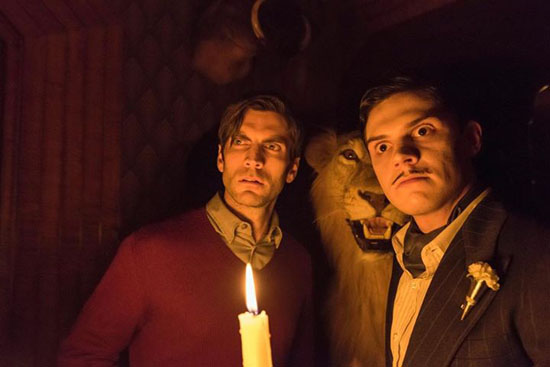 Synopsis: John closes in on The Ten Commandments Killer. Sally’s arrangement with March is revealed.

Our Thoughts: This week picks up with John desperate to find the Ten Commandments killer. Sally claims to know where he is. She takes him into the hidden room inside of room 64, where the killer had stored his bodily trophies, and shows him the truth that I, and I’m sure many of you, had suspected the past few episodes. We now know who the Ten Commandments killer is and the reveal was very nicely done.

John goes to the police to confess. He remembers everything. It all started five years ago when he first went to the hotel looking for a drink after a particularly rough case. Donovan invites him upstairs to continue drinking. It happens to be March’s night with the Countess, and he throws a hilarious fit over the interruption. However, John shows himself to be a perfect person to continue his work, and serves as a distraction to get March of their backs. March manipulates him in the worst way to create the killer he always wanted to carry on his work.

He breaks his spirit, convinces him that true justice doesn’t exist, and essentially serves up a criminal on a platter for him get the justice he seeks. After the first kill, he tries to hang himself. March saves him when Sally does not. He had been having a relationship with her and she wanted to let him die so she would be always be there with her. As it turns out, March protects her from the addiction demon and in return she has to do as he says.

John continues to kill with March and Sally’s guidance. He comes to term with who he is and wants to finish what he started with March.

In this episode we learn the most about March, John and Sally thus far. Those that don’t enjoy Lady Gaga’s contribution to the show, will want to catch this episode, as she is hardly in it at all. I think the whole story thread with James March and Ten Commandments killer is the strongest part of this season and this was one of the better episodes.

Two more episodes to go! See you next week for “She Wants Revenge”!