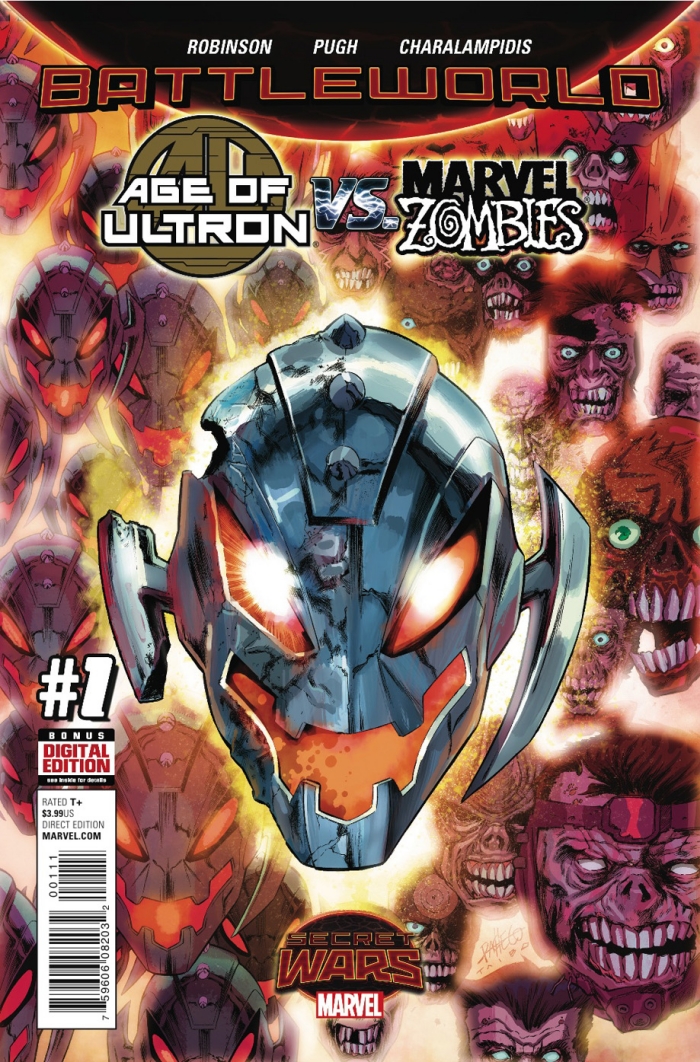 Marvel Comics has provided us a preview of the new Age of Ultron vs. Marvel Zombies comic.

There’s a place that’s so dangerous it’s walled off from the rest of Battleworld, where wild zombies feast on those who’ve been banished for crimes against the state, where cold, mechanical Ultrons destroy anything that’s human.

Pity those who get caught between the two, for their death won’t be fast and painless!