There’s something to be said for reading a spooky story by flickering candlelight on Halloween night–and AfterShock Comics may have just the comic book for you.

Artwork from the book–described as Tales from the Crypt meets The Twilight Zone--can be seen on this page.

One entry–Dust to Dust–is called a “bittersweet sort of horror tale,” by writer Bunn. “A story of of love and loss and undying commitment–both to the fleeting time we have left on this earth and the time we’ll have in whatever’s next.”

Along Came A Spider–by Tieri and Eisma–is a “twist on a classic fairy tale,” Tieri said. “Needless to say, it’s very dark. It’s very creepy. It’s going to lead to some nightmares.”

Starlin described his story as a tale of “catastrophic generational dissatisfaction set in a dystopian future. Lots of laughs.”

Pruett and Kudranski’s contribution–set in the world of the AfterShock title Black–Eyed Kids–will feature some “familiar faces, but you do not have to have been a reader of the series to enjoy it,” Pruett said. “It’s new-reader friendly.”

AfterDark–priced at $6.99–also features contributions from colorist Guy Major, various letterers and a cover by Tony Harris. An incentive cover was rendered by Kudranski. 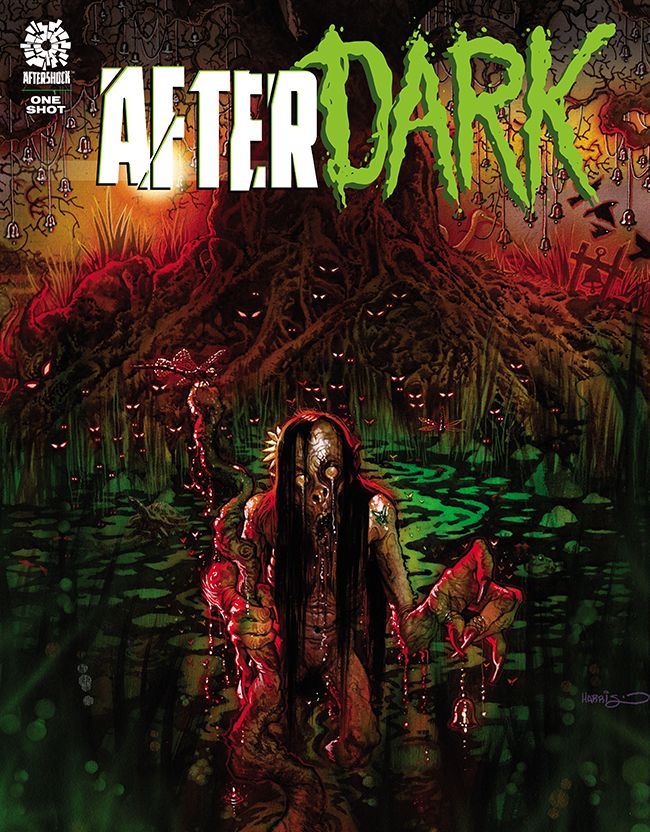 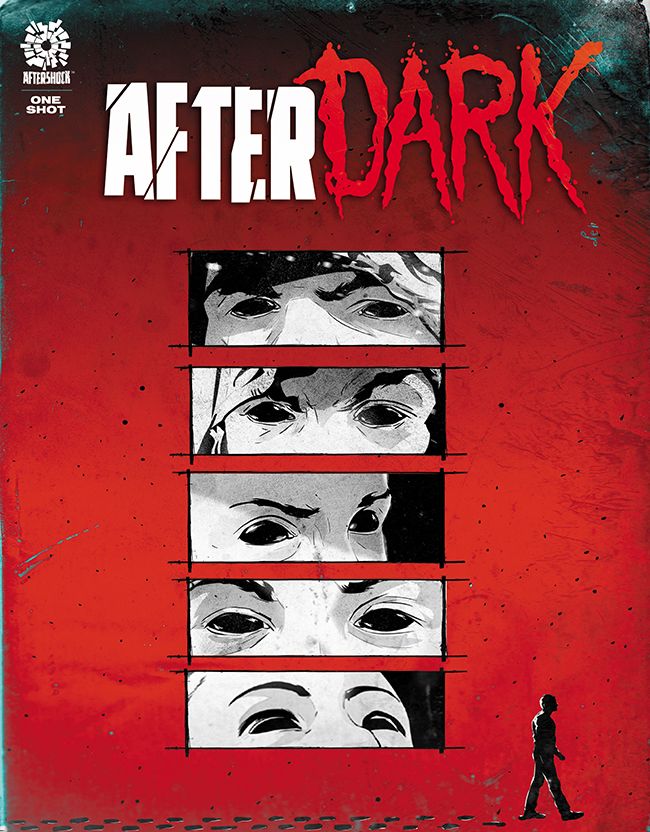 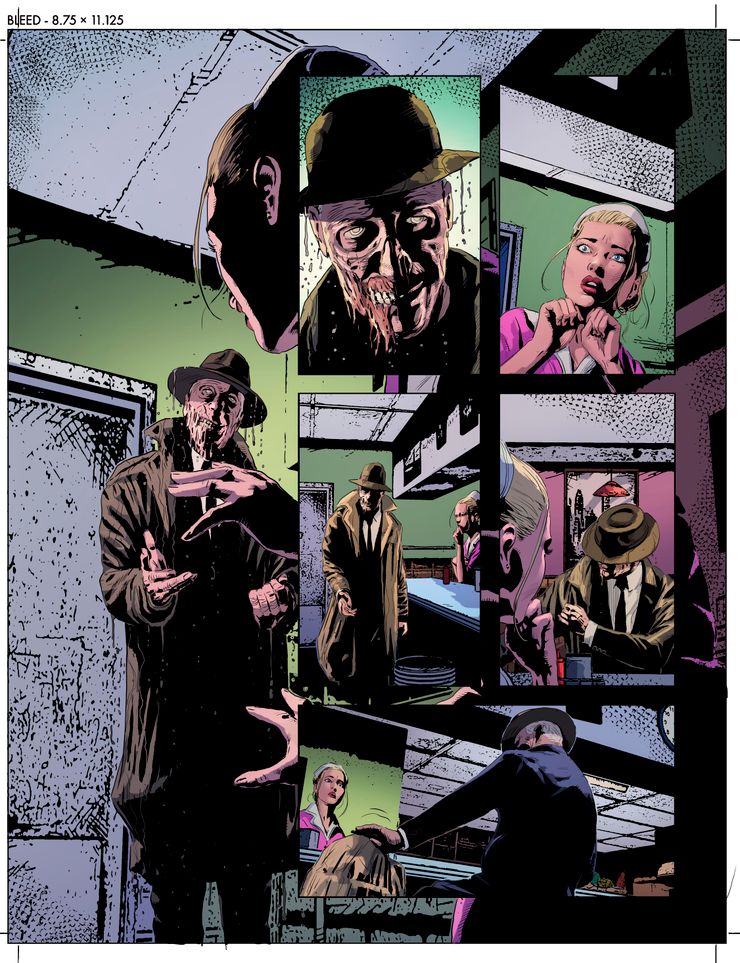 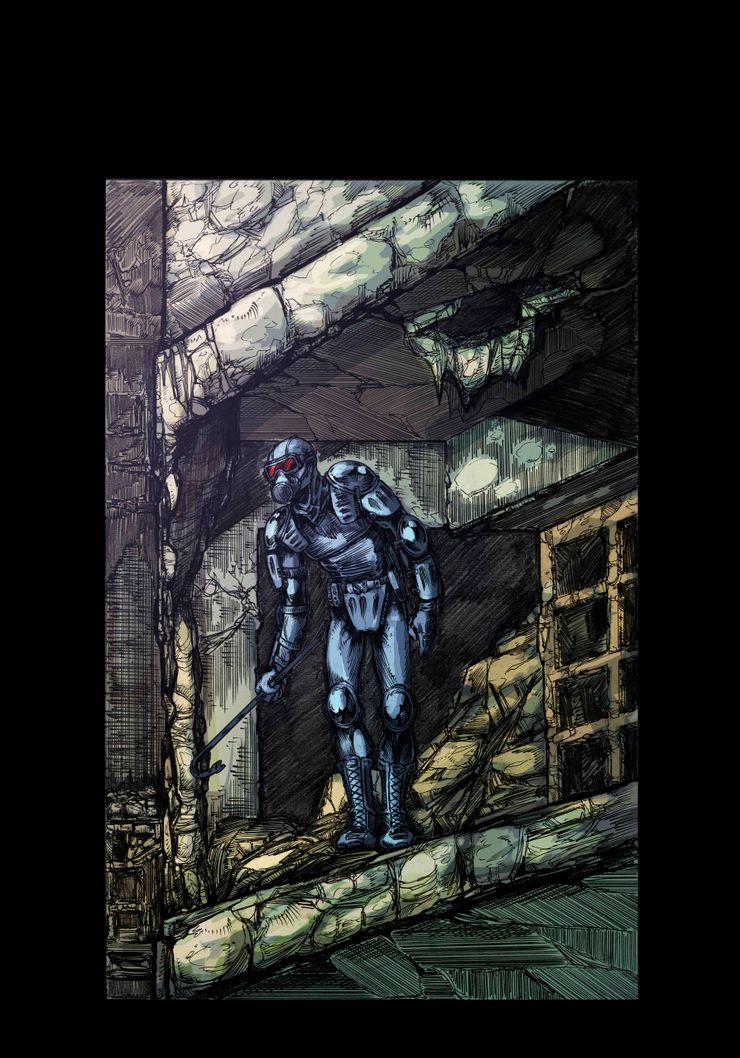 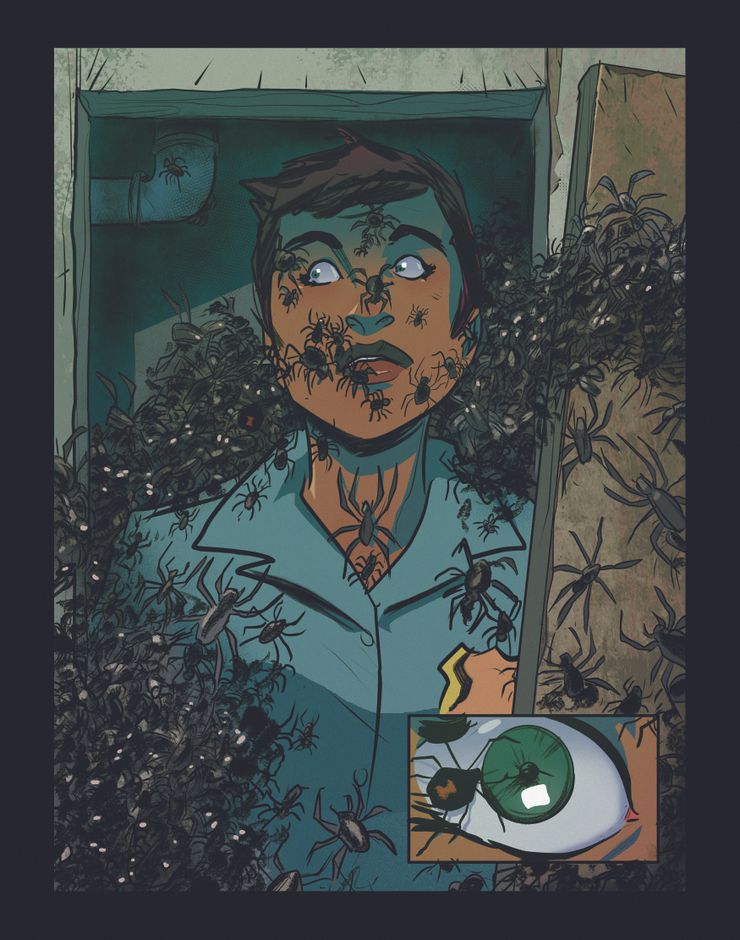