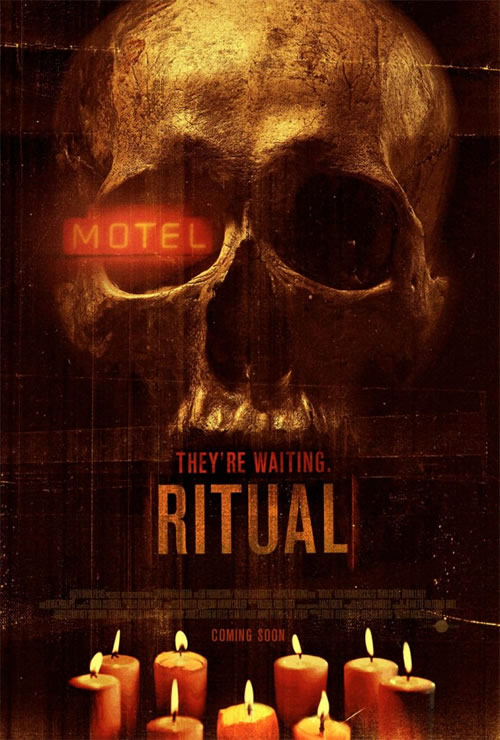 After Dark Films proudly announces the sixth film in its After Dark Originals 2 series (ADO2), Ritual, a horrific tale that craftily brings you into the world of sadistic satanic rituals.

“There is a stark and lonely reality to these characters that makes the film so terrifying.  We are excited to add this to our line-up.” Stephanie Caleb

“Ritual is a love letter to pulpy 1970s horror films like Race With The Devil, Punishment Park, and Hardcore. I’ve loved the works of After Dark Films since their first Horrorfest broke onto the scene and I couldn’t be more excited that my movie found a home with them.” Mickey Keating, Director

A long time ago Tom loved Lovely. They were married and everything was perfect, at least for a little while. But that was then and this is now. Lovely has just killed a man in cold blood after he tried to drug and kidnap her in a motel. She calls Tom to help but now they’ve found a VHS tape that depicts a satanic ritual in which a woman is murdered. Lovely desperately wants to leave and they do, but Tom forgot his engraved lighter in the room, and when they go back to find it, the dead body appears missing.