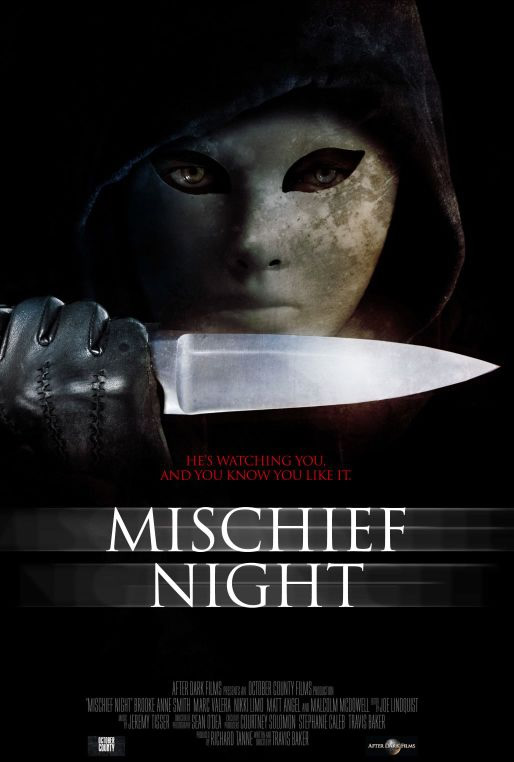 After Dark Films proudly announces the seventh film in its After Dark Originals 2 series (ADO2), Mischief Night, a story that takes place on the most devilish night of the year where things are not always as they seem.

“After Dark is always on the lookout for material that breaks the mold.  Mischief Night’s story and its characters are truly demented.  We are excited to offer our audience something refreshingly new in the world of horror.” Stephanie Caleb, Executive Vice President, Creative Affairs at After Dark Films

“With Mischief Night, I wanted to subvert all expectations of the slasher film, while also demonstrating due reverence for the immortal classics of the genre. It’s a unique Halloween/Breakfast Club mash-up that’s frightening, funny, dramatic, romantic…and above all else, very mischievous. My producer Richard Tanne and I are thrilled to be working with After Dark to bring our movie to the widest audience possible.”Travis Baker, Director

Kaylie is just like most other girls her age. She babysits, enjoys stealing from her parents’ liquor cabinet, and has boys who like her. The only difference between Kylie and other girls is that the boy who likes her, wants to KILL her. On Mischief Night, the night before Halloween, Kylie’s true nature is revealed when she is attacked by a psycho who wants nothing more than to see her insides.