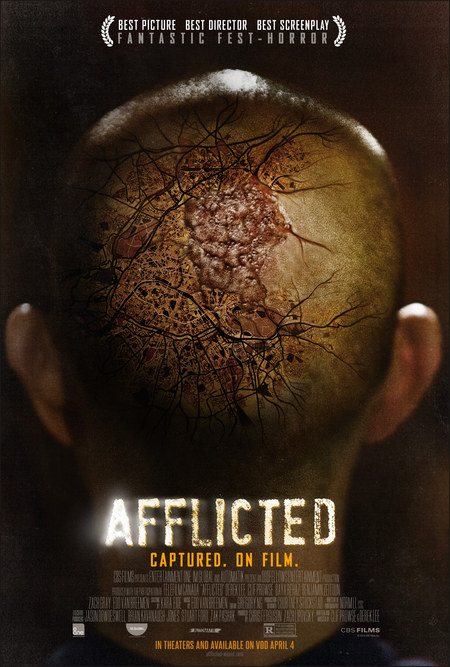 We received word that Afflicted will be in theaters and on VOD (iTunes, Amazon, VUDU, Google Play, Cable On Demand, Playstation and XBOX) on April 4, 2014.

The movie is described as:
This terrifying horror thriller follows two best friends who set out on the trip of a lifetime around the world.  Their journey, documented every step of the way, soon takes a dark and unexpected turn after an encounter with a beautiful woman in Paris leaves one of them mysteriously afflicted.  Winner: Best Picture (Horror), Best Screenplay (Horror), Best Director (Horror) at Fantastic Fest, and recipient of awards of recognition from the Toronto International Film Festival and the Sitges International Fantastic Film Festival.  AFFLICTED is one of the most suspenseful and original action horror debuts in a generation.