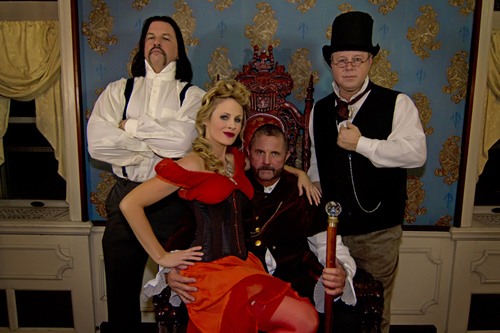 Yesterday we showed you the trailer for the film and today we have a few additional images to show.

In the late 1890s the Davenport House was a famous and successful brothel, until a young prostitute named Alice killed herself there. After her death, the brothel became haunted by Alice’s ghost and was eventually abandoned. More than a century later, the old structure is renovated into a beautiful mansion. It is still rumored to inhabit the ghost of Alice. Despite this, the new owner, the rich and arrogant heir to the Davenport fortune, decides to throw a wild party for his first night in the house.