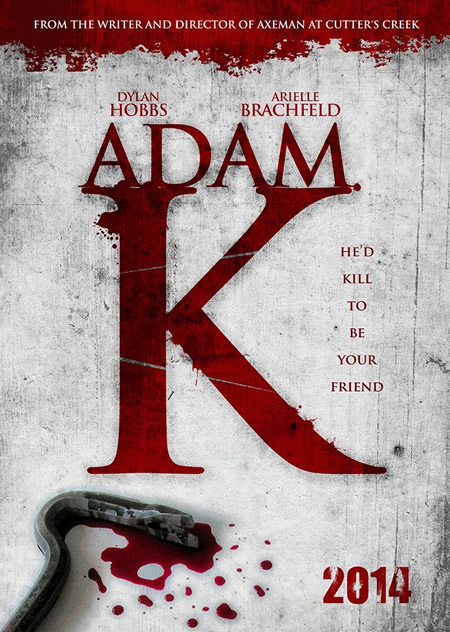 ADAM K. is produced by Theney’s own SINNING WORKS, with poster and artwork supplied by the folks at DGL Creative.  And the blood-drenched set is being made possible by the incomparable Eli G. Make-up & SFX.

Theney and his delightful gore-loving Axeman Alum delivered in gruesome fashion with their return to ’80s horror in AXEMAN AT CUTTER’S CREEK.  When pressed to comment on ADAM K. and what we can expect, Theney smiled and succinctly replied, “Vicious, brutal savagery from someone you’ll hate to love.”  Can’t wait!

The official cast list for ADAM K. with character names is below: