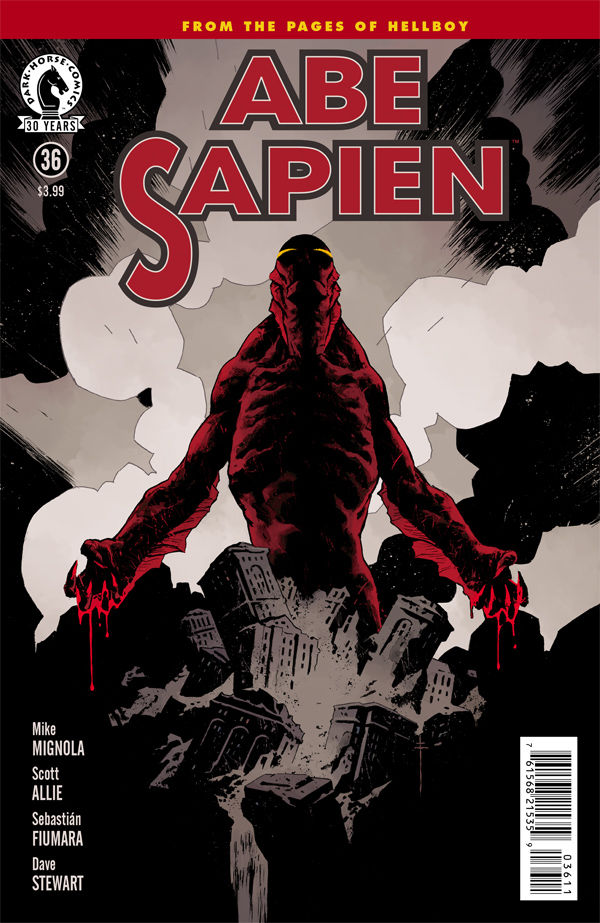 Synopsis:  Abe and a transformed Gustav Strobl battle to the finish in the final issue of the series!

Abe Sapien’s solo title has always been focused on the emotional and harrowing journey of Abe; a “new” man searching for his humanity and place in an unforgiving, cruel world.  Allie and Mignola have expanded on his story over more than 50 issues (including mini-series and one-shots) and it comes to an end with the inevitable showdown with dark sorcerer Strobl, which has been set-up since issue one.

A well-established trademark of the on-going series is the small moments where Abe connects to humans in mundane, and often idyllic, Norman Rockwell style settings.  This issue is no different, and before the battle starts, Mignola and Allie give readers one final vignette between Abe and a young boy and his uncle.  These scenes have helped establish a sense of realism in the series and also further extrapolate on Abe’s quest for normalcy in a crazy world.

With both Abe Sapien and B.P.R.D: Hell On Earth coming to an end, the feeling is a bit bitter sweet, but the door is left open for an even greater reunion in the near future.