Happy almost Halloween, ghouls! I’ve been seeing a lot of “scary movie” lists floating around lately – as they tend to do around this time of year. I wracked my brain for a bit to try and think of how I could throw out a list that might be a bit different from the usual “Top 10’s”  and the idea for a list of my favorite female-directed horror films came to me when I was scrolling through Instagram this morning and saw that Jill Gevargizian’s awesome film The Stylist screened at FrightFest UK this past weekend (don’t be surprised to find one of her films on a similar list in the near future).

Now, are these all the best? I don’t know, but they’re definitely some of my favorites. However, I’m sure that in my haste to get these down, I’ve made a few glaring omissions and I’m counting on all of you to let me know what they are, of course. I did purposefully leave out Barbara Peeters’ Humanoids from the Deep (1980) because, although I adore it, it’s well known that Roger Corman bastardized her version of the film to the point where she requested her name be removed from the credits.

The below list is in order by release year; I could not bring myself to rank them in terms of favorites. Enjoy! 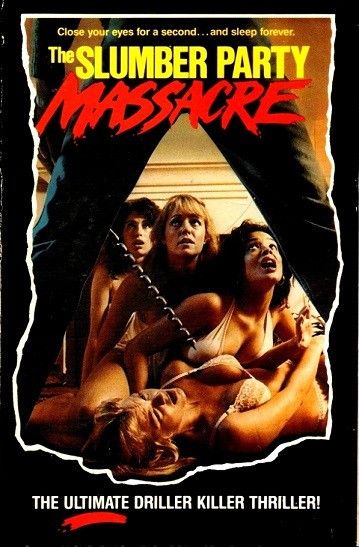 One of my favorite slasher films from the early 80’s – what pre-teen boy wouldn’t have grabbed that VHS cover off of the shelf? I didn’t realize until I was older how smart SPM was with the “gender swapping” of the girls being the ones drinking, smoking weed and talking sports while the guys were the killer’s main victims. Love it. Amy has since concentrated on writing films like Mystic Pizza and The Relic. 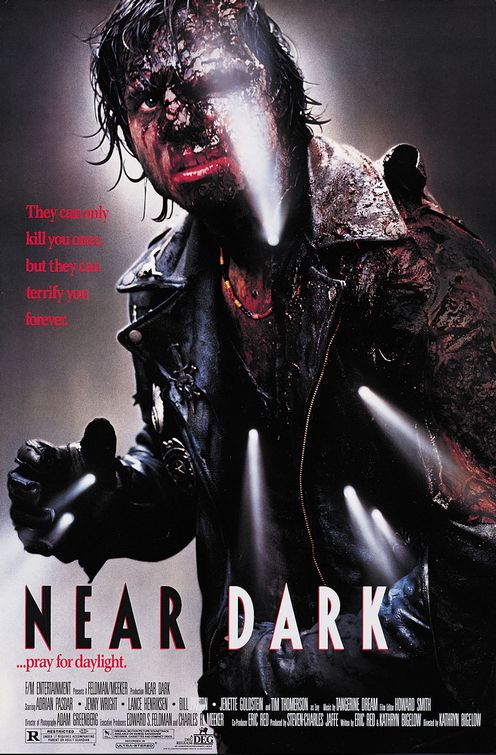 Near Dark should be high on every movie-lovers list of “favorite vampire films”…or even “favorite Westerns”. Not since Billy the Kid Versus Dracula had someone tried to make a vampire-western but Kathryn Bigelow knocked it out of the park. Unfortunately, ND didn’t get the theatrical love that The Lost Boys did but the years have been rightfully kind to this gem. Kathryn went on to be (so far) the only woman to win an Academy Award for Best Director for The Hurt Locker. 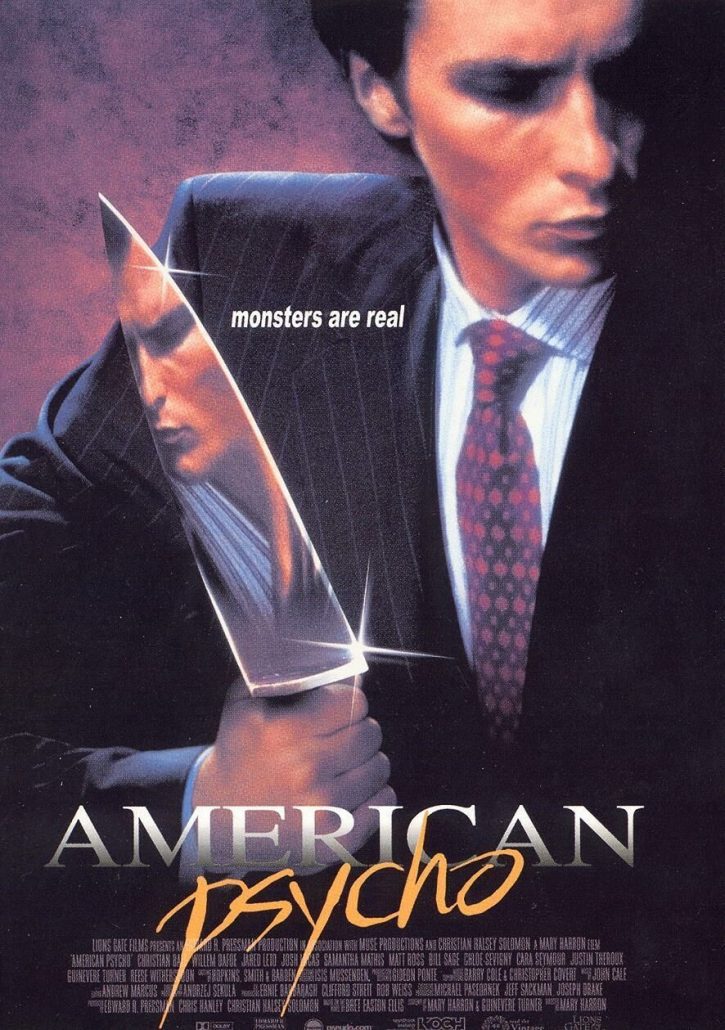 American Psycho had a notoriously tough time getting made. Stuart Gordon was supposed to direct then David Cronenberg and then Canadian filmmaker and screenwriter Mary Harron was chosen – who they also tried to replace several times. Thankfully, Harron dug in her heels and completed one of the craziest films of the 2,000’s. “Do you like Huey Lewis and the News?” Mary continues to direct and produce – mainly for television. 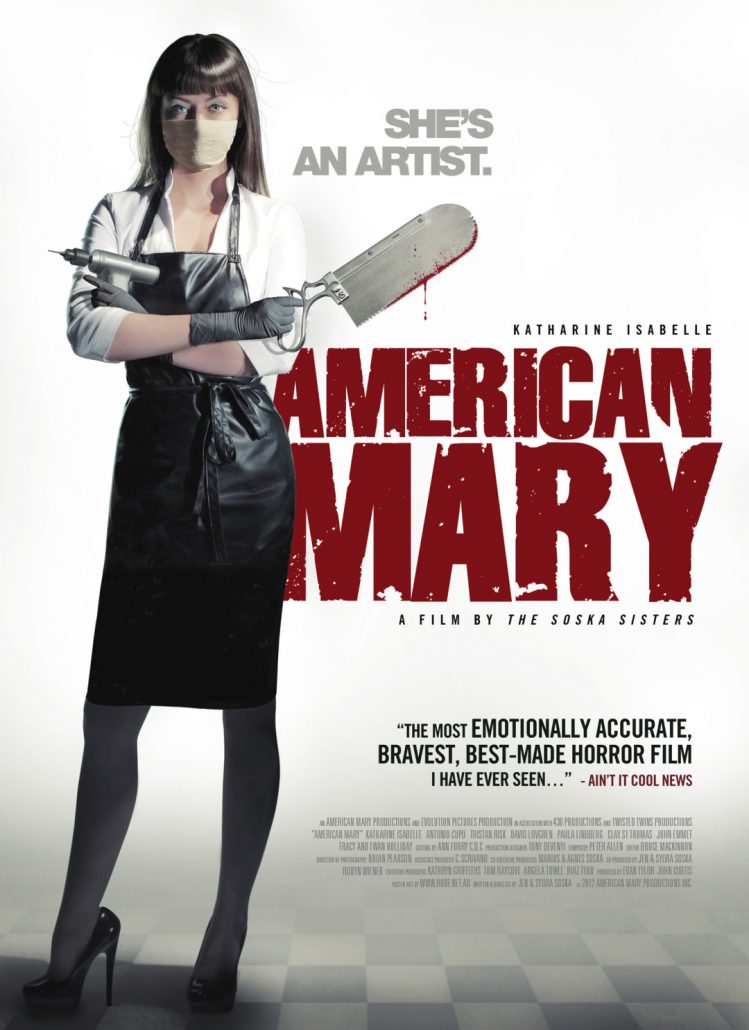 Speaking of Canadians…the Soska sisters wrote and directed this lovely slice of body horror starring Katharine Isabelle as Mary, an aspiring surgeon who ends up putting her skills to use for different means. AM was of my favorite films of 2012 (along with Excision) and still holds up fantastically well. The Soska’s most recently directed an acclaimed remake of David Cronenberg’s Rabid. 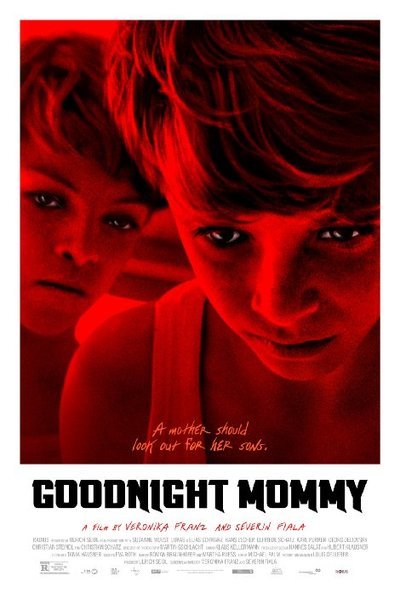 A screwed up tale out of Germany about a set of twins who’s mom has plastic surgery and they begin to suspect that she’s not really their mother but someone in disguise since she’s covered in bandages and is acting differently. When they try to find out, through torture, if it’s their mom, things take a sudden, unexpected turn. Veronika Franz, along with Fiala, also wrote and directed 2020’s The Lodge. 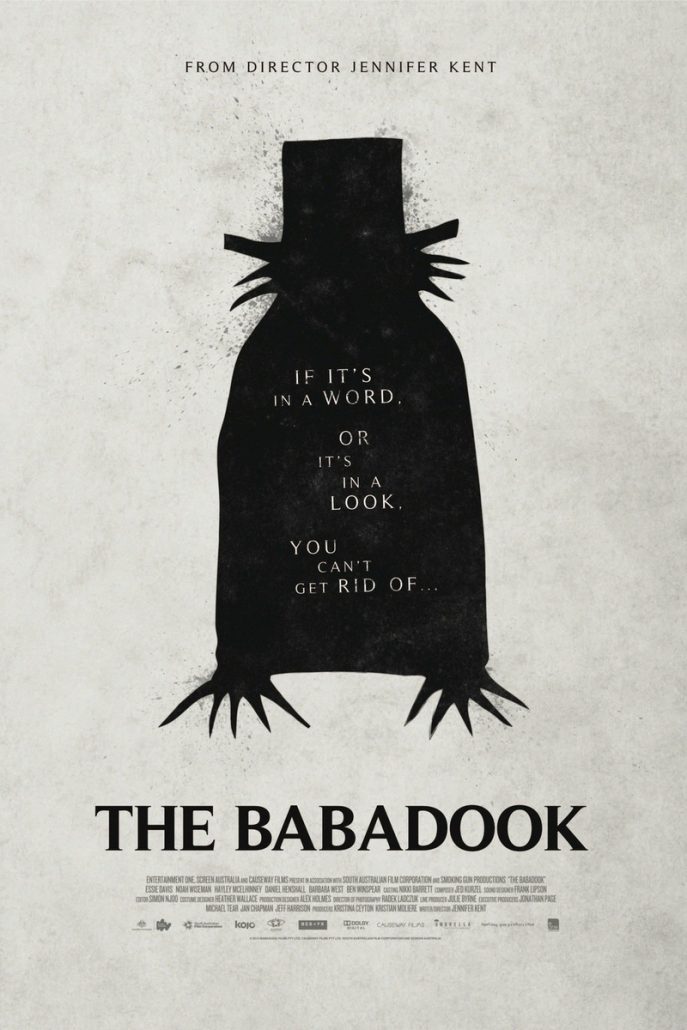 Yeah, I know, I wanted to push that kid out of the car too but that was the point, see? The director had to show us just how mentally exhausted the main character was; between her son’s god-awful behavior and the loss of her husband and the stresses of every day life, The Babadook took root in their lives. Jennifer Kent also struck cinematic gold with her 2018 film The Nightingale. 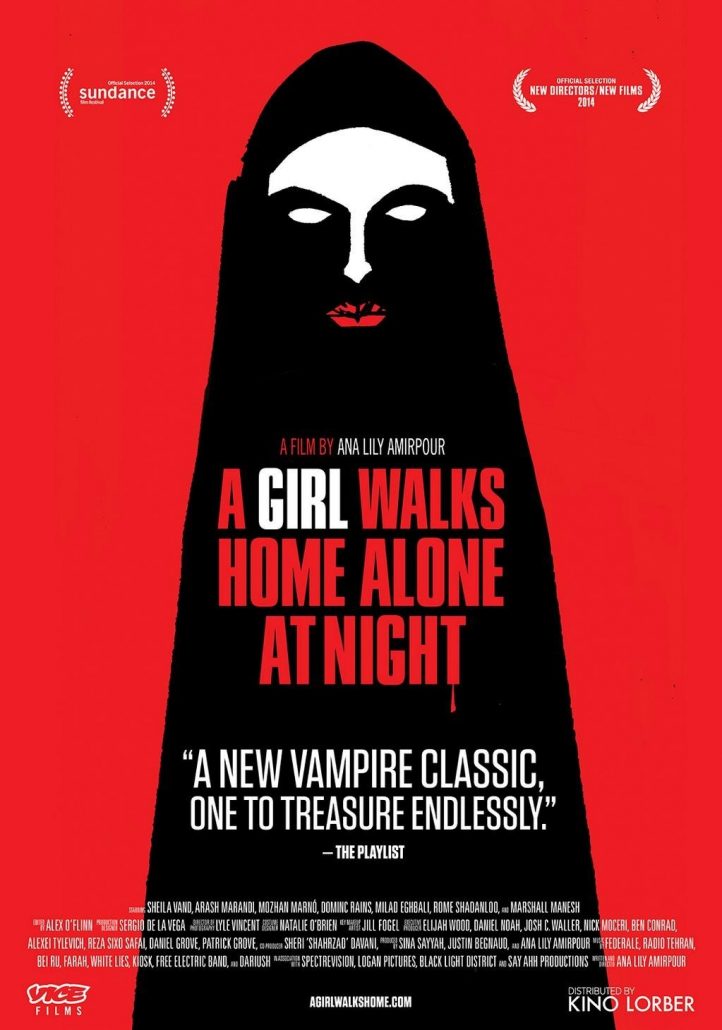 Vampires may be my favorite subgenre of horror. A Girl Walks Home Alone at Night is part vampire film, part Western, part…lots of things, but it’s all awesome. An Iranian movie filmed in California, it’s visually stunning in black and white and offers something new to the genre, which is all that we’re ever looking for – something new. Ana has a few more features on the horizon and has directed episodes of the new Twilight Zone and Castle Rock. 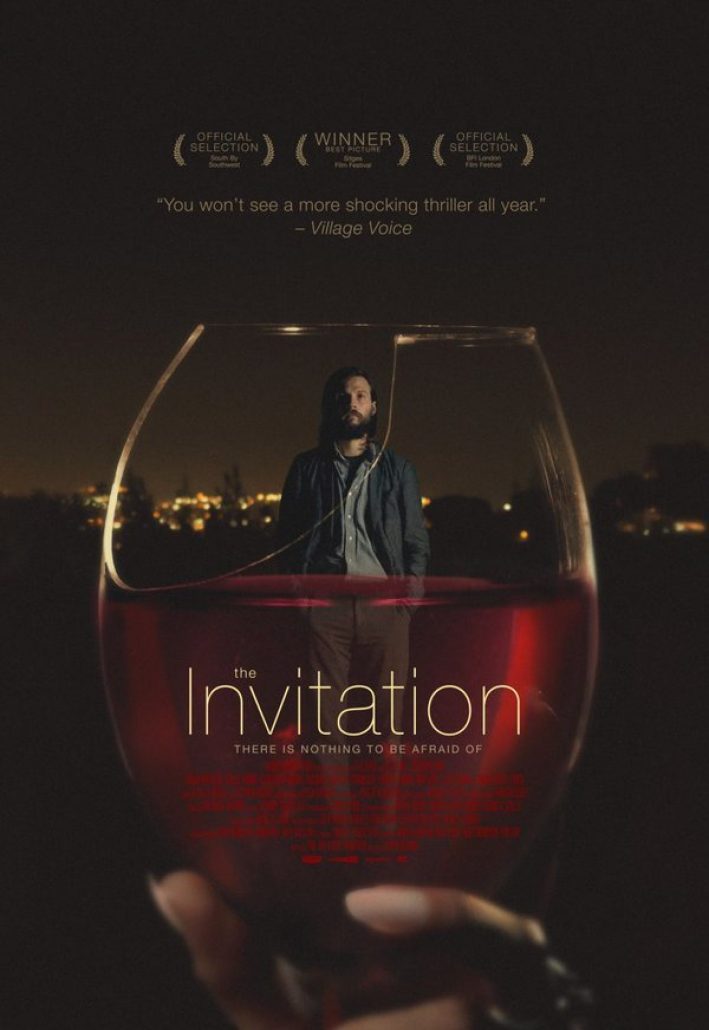 After blasting onto the scene with Girlfight and then 2005’s Æon Flux, Karyn Kusama hit a critical pothole with Jennifer’s Body (which has since achieved cult status). It was 2015’s The Invitation, however, which really blew people’s minds. A tense, slow-burn that is inhumanly creepy and just chugs along to an outstanding final chapter – I don’t want to spoil it at all for those who haven’t seen it. Kusama is a powerful director. 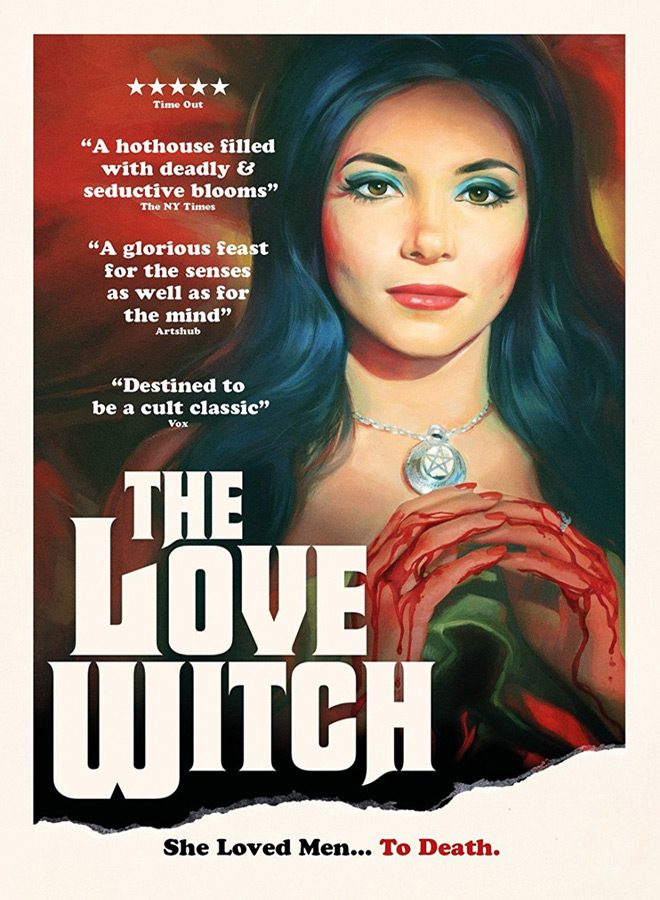 The first thing that had me reeling with The Love Witch was that I was basically watching a 60’s or 70’s Technicolor film set in modern times – like the heyday of early 70’s Hammer Horror. The modern witch Elaine uses powers and potions to seduce the men she desires but is not always quite successful. The Love Witch is a glowing achievement in both story and style. Anna Biller has yet to make a follow-up film but we’ll be ready when she does. 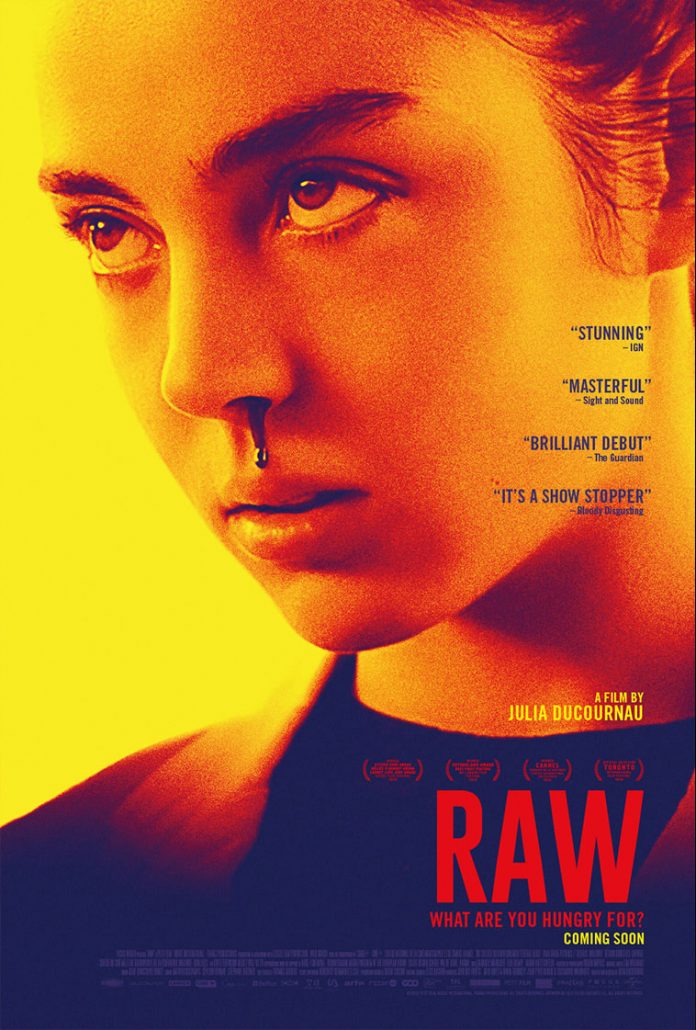 A young vegetarian girl begins her first semester at veterinary college and is forced to eat raw meat as a part of a hazing ritual. While she gets sickened by the meat, she finds herself craving it…and not just animals either. Holy shit, Raw is such a sick and twisted movie – but amazing! Julia has another feature film in post-production called Titane that promises “gruesome murders” – count me in!

Well, that’s my list of ten favorite but I’ll bet if you ask me again next week, it will change. Let me know what you think I missed!