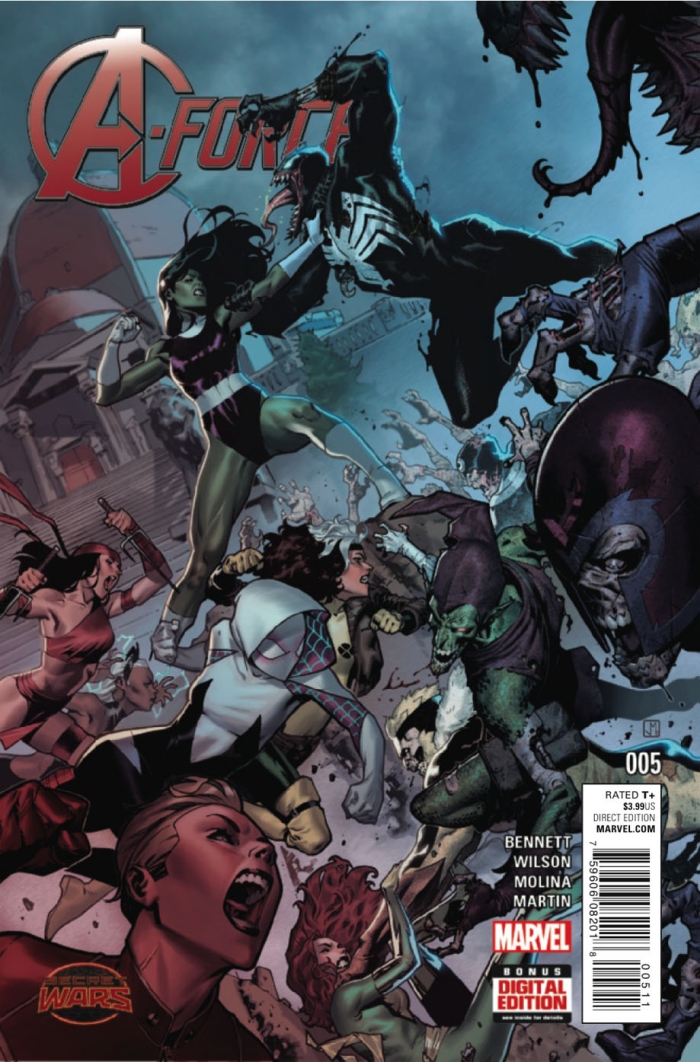 Marvel Comics has provided us a preview of the new A-Force comic.

The explosive finale to the first adventure of Marvel’s mightiest team of Avengers: A-Force!

Though She-Hulk and her team have unmasked the traitor in their midst, the villain won’t rest until their utopian island is razed. As the horrors of Battleworld bear down on Arcadia, what sacrifices will the members of A-Force make to save their home…and each other?