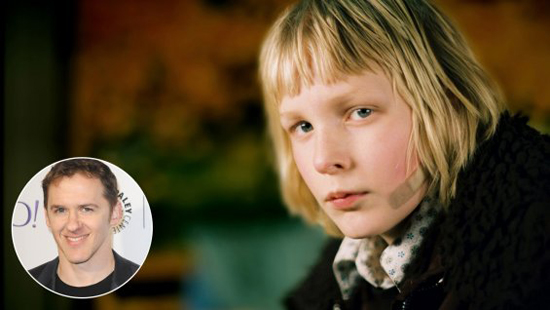 A&E to Remake Swedish Film ‘Let the Right One In’

The Hollywood Reporter exclusively reported today that A&E is teaming up with Jeff Davis, ‘Teen Wolf’ showrunner, and Brandon Boyce, screenwriter and actor, to remake the Swedish vampire film ‘Let The the Right One In’. Based on the best-selling book by John Ajvide Lindqvist, the story is about an outcast teenage boy who befriends a young female vampire. The book was adapted into Tomas Alfredson’s 2008 horror film which received critical acclaim. The A&E drama will follow the original story of the boy and the female vampire, along with a federal marshal with a mysterious past who begins investigating the series of strange murders coming to light in the small hometown where the children live.  The developing drama is being produced by A&E stuidios, Marty Adelstein, Becky Clement’s Tomorrow Studios, and executive produced by Davis, Boyce, Adelstein, Clements and Simon Oakes. This will be the second American remake of the original book. Matt Reeves adapted the film for US audiences, and produced by Hammer Films, in 2010, under the title ‘Let Me In’, with Chloe Grace Moretz and Kodi Smit-McPhee.