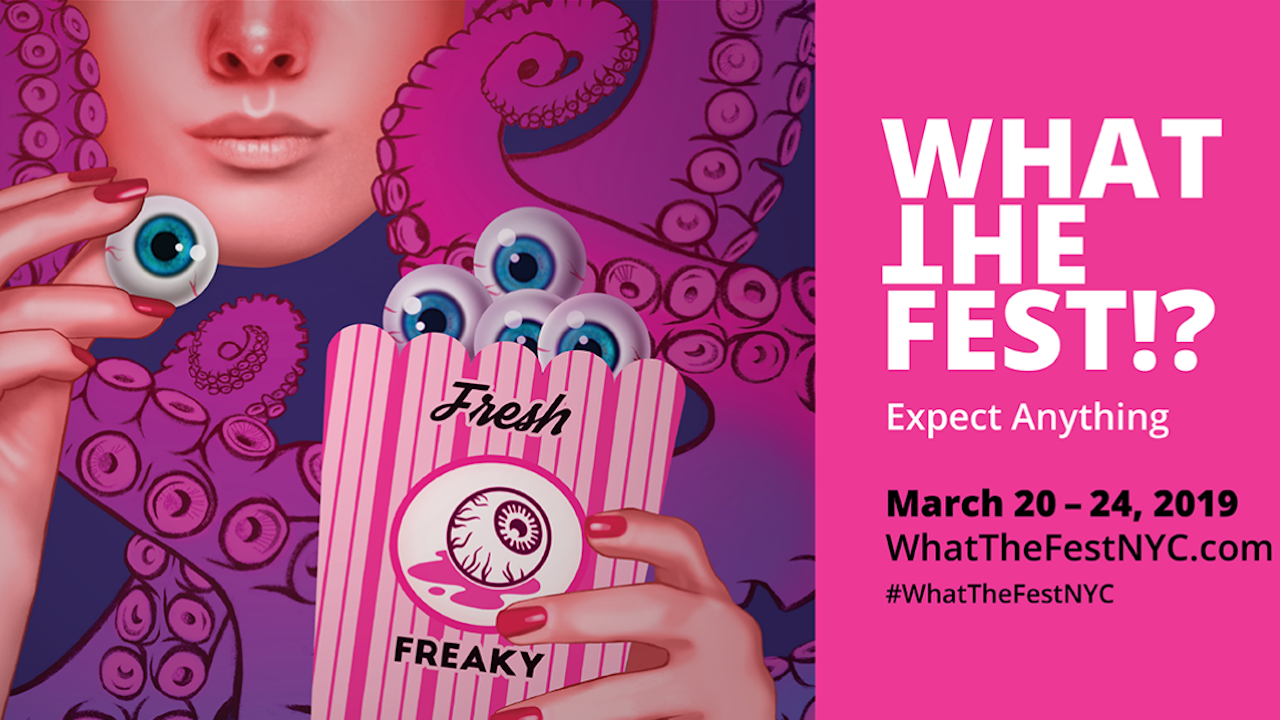 This past Saturday, fellow Horror News Network contributor Matt Wilson and I hopped the early train from Stratford, Connecticut to New York City to hit up the second annual “What The Fest!?” film festival. I was invited to attend the inaugural event in 2018 but could not make it work and I have been kicking myself since because I missed out on screenings of a few films that became favorites for me when I finally did get the chance to see them; namely Satan’s Slaves,  Ghost Stories, Revenge, and The Ranger.

So, this year, when I got the invite, I decided to try my best to get down there for at least one day of the five-day event. Looking at the schedule of films, it was nearly impossible to choose a day; all days held gems that I wished to see. I chose Saturday for two reasons: firstly, it would be easier to work into my schedule and secondly, that was the day that Kickstarter’s (and Perfect Pussy’s) Meredith Graves was to host a panel of female film makers titled Female Trouble: Fearless Women Leading the Way in Horror, Fantasy and Suspense starring Meredith Alloway (Deep Tissue), Roxanne Benjamin (Southbound, Body at Brighton Rock), Emma Tammi (The Wind), and Jenn Wexler (Depraved, The Ranger).

The Schedule of films for this year was as follows:

Wednesday: Depraved, The Unthinkable, The Only Thing I Love More Than You is Ranch Dressing

Thursday: Darlin’, One Cut of the Dead

Saturday: To the Night, The Dead Center, Body at Brighton Rock, Shadow

Matt and I arrived early enough on Saturday morning so that we had time to get down to Greenwich Village and over to the IFC Center to snag our tickets for the opening film which was Peter Brunner’s To the Night (click for trailer). Starring Get Out‘s Caleb Landry Jones, To the Night is an incredibly dark drama about a suffering artist named Norman (Landry) who cannot come to terms with the loss of his parents in a house fire. Although he has a caring girlfriend (Eleonore Hendricks) and a beautiful newborn child, Norman cannot forgive himself for not being able to save his family and so he lives a life fueled by hard drugs, violence and an insane amount narcissism. Rarely do you see a character with such a lack of any shred of redeeming qualities but Norman is such a character. As much of a downer as To the Night is, Caleb Landry Jones proves once again that he is a force.

Next up was Billy Senese’s The Dead Center (click for trailer) which was my favorite film of the day. Starring famed indie writer/director/composer/actor Shane Carruth (Primer, Upstream Color) as a doctor who is trying to unlock the secrets of a patient who was very dead but who is now a very much alive amnesiac. Dr. Forrester does not see eye-to-eye with his supervisor Dr. Grey (Poorna Jagannathan) on which patients to admit and which patients not to admit to their psych ward. When former corpse “John Doe” (Jeremy Childs) shows up, Dr. Forrester forges some paperwork to get him admitted…bad move.

After a Q&A with The Dead Center‘s Billy Senese and Bill Feehely, moderated by WTF!? creative director Maria Reinup, it was time to get ready for the Female Trouble: Fearless Women Leading the Way in Horror, Fantasy and Suspense (co-presented by Shudder). Moderator Meredith Graves did a wonderful job hosting this panel. Among the many topics covered were the panelists’ influences which included American Psycho (Mary Harron), Rosemary’s Baby, Mary Shelley, the Greek tragedy Medea, and more. A high note was when Meredith Alloway called for solidarity in the film making community – “None of this is a competition. Filmmakers need to lift each other up and promote each other’s work. We all need to know we are not in a vacuum making this work that is so vulnerable.” Finally, as a father of a young girl, I was really moved by a quote from Jenn Wexler who said, “young women should be taught to be brave, and not perfect”.

After running outside for a quick Face-time session with my kids it was time for our final film of the night, Roxanne Benjamin’s Body at Brighton Rock (click for trailer). Starring Karina Fontes (Southbound) as Wendy, we get an awesome opening scene of her running to work while listening to Oingo Boingo. I think the last time I heard Oingo Boingo in a movie was Rodney Dangerfield’s Back to School? Anyway, when Wendy finally gets to work and slides up to her friend Maya (Emily Althaus – Orange is the New Black), we quickly learn that Wendy is not very good at her job as a park ranger; we learn this because all of her friends tell her so. When assignments for the day are being given out, Wendy, in an attempt to “prove herself”, switches out jobs with Maya and heads out on a path that her friends warn her is too hard for her limited abilities. Wendy, of course, gets lost and trouble ensues as she discovers a dead body and then can’t properly relay her location to the rescue team. Unfortunately for Wendy, she really is as bad as her friends say – she basically does everything wrong in this situation, which, let’s face it, most of us probably would as well.

Following the film was an awesome Q&A with director Roxanne Benjamin, again hosted by Maria Reinup who, this time, was equipped with gifts for the audience if they asked questions. Someone got a tin of bear meat – I shit you not. According to Ms. Reinup, bear meat is quite popular in her native Estonia (remind me to never ask her a question..hahaha).

The last film of the night was Zhang Yimou’s Shadow (click for trailer) which was preceded by a stunt sword demonstration by Kimmy Suzuki. Unfortunately, Matt and I had to head back home so we missed out on the swordplay and what looks to be an awesome film.

Enjoy the pictures below and I hope to be there for the 2020 version of What The Fest!? (click here to visit their site) 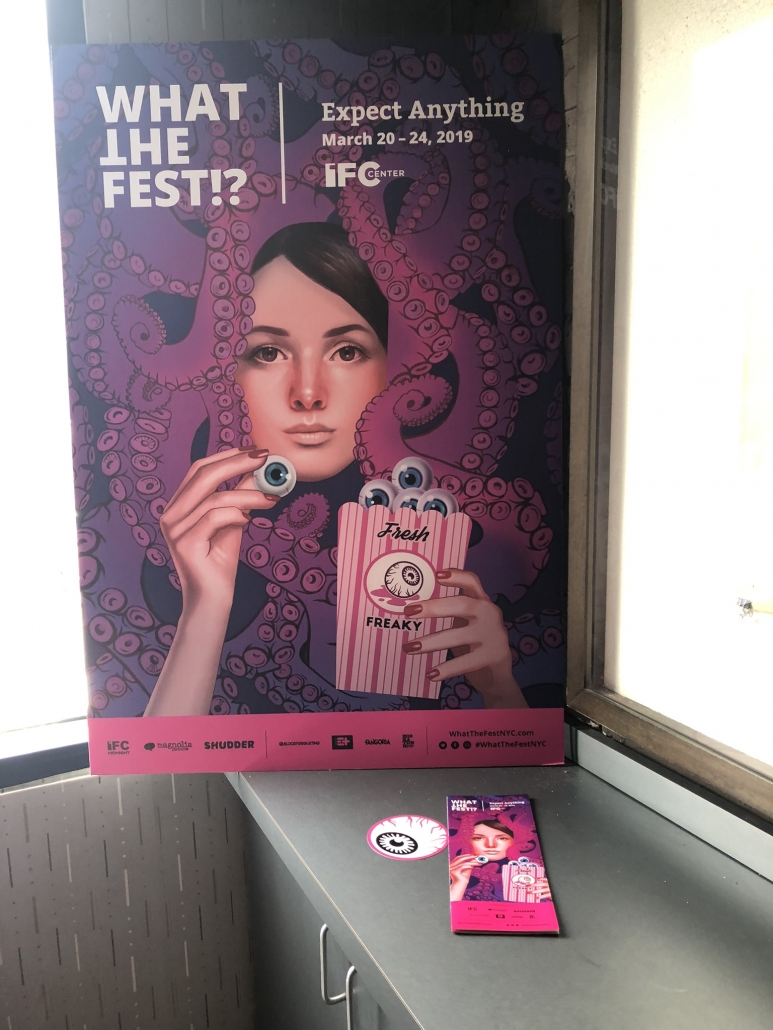 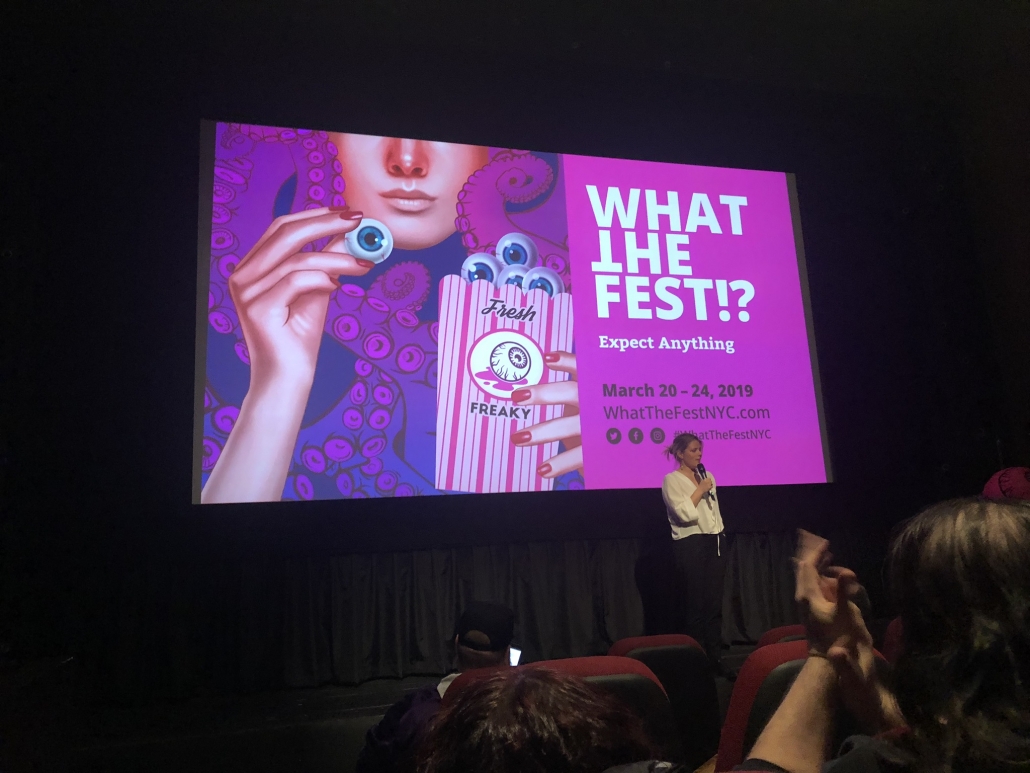 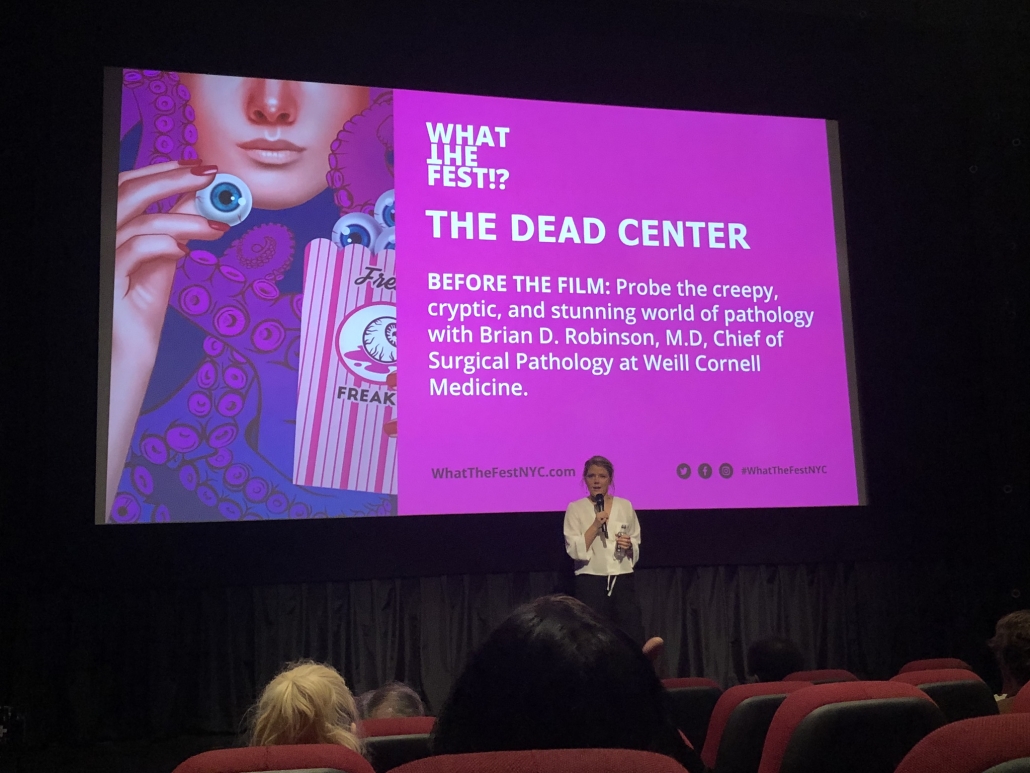 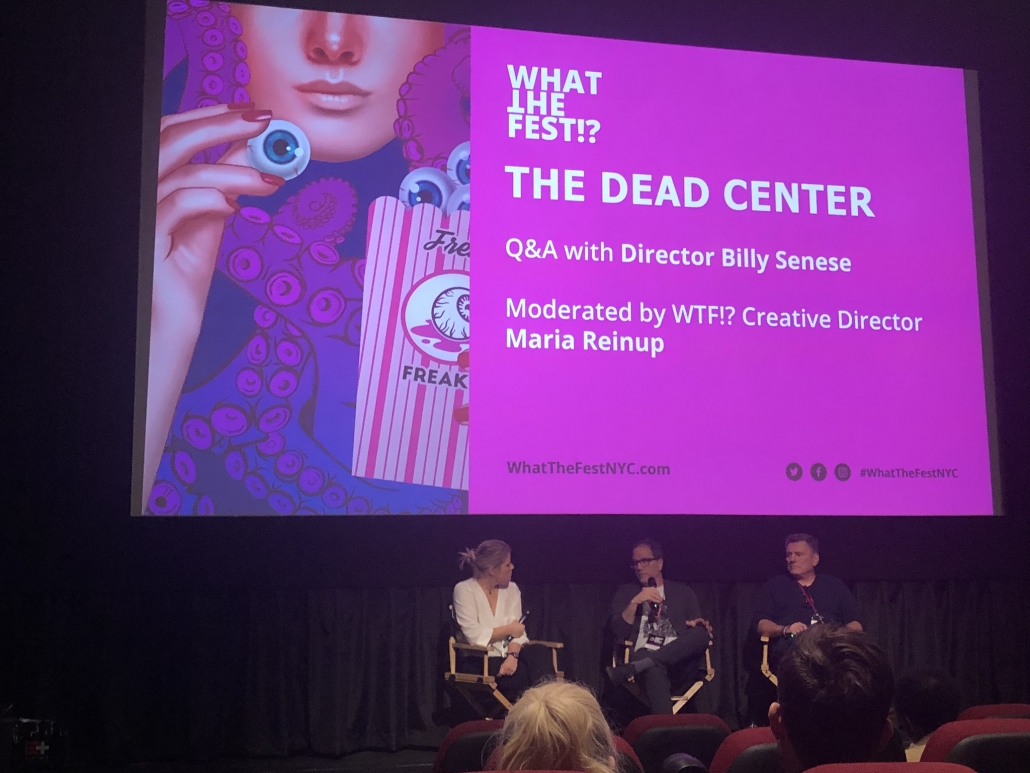 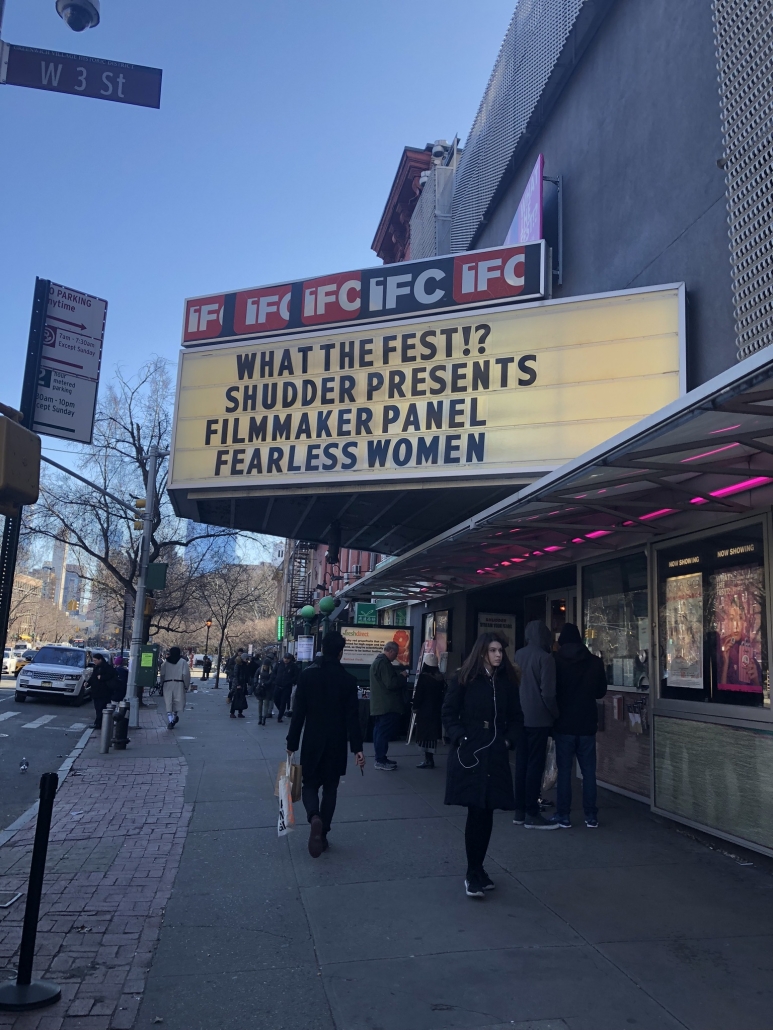 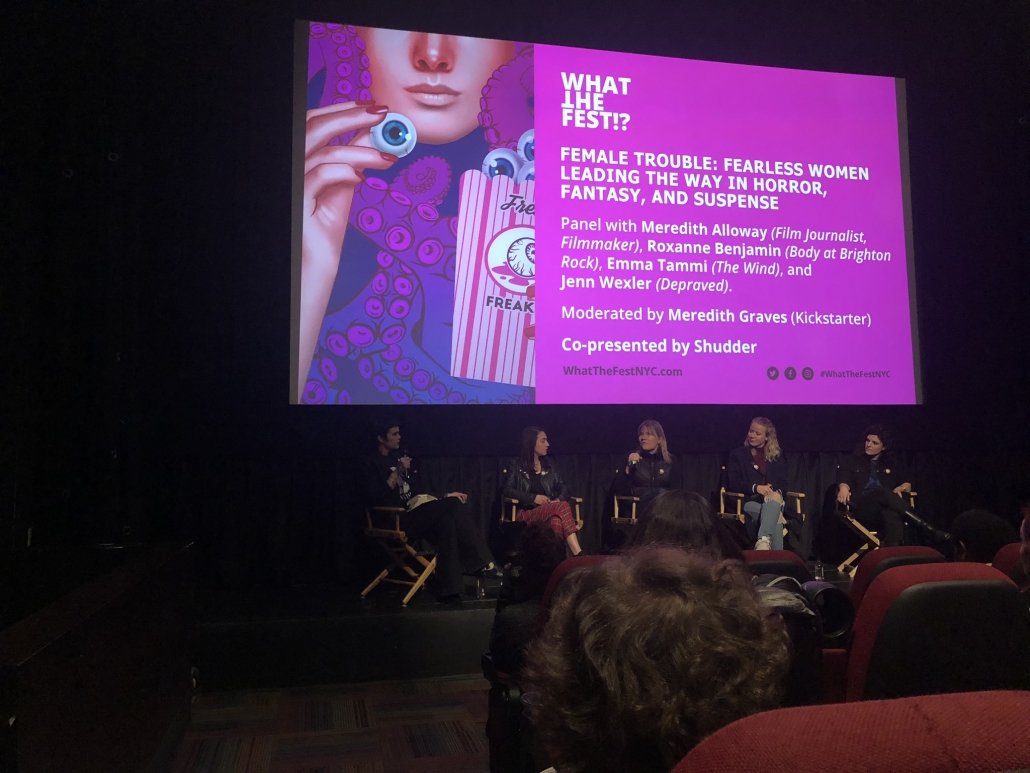 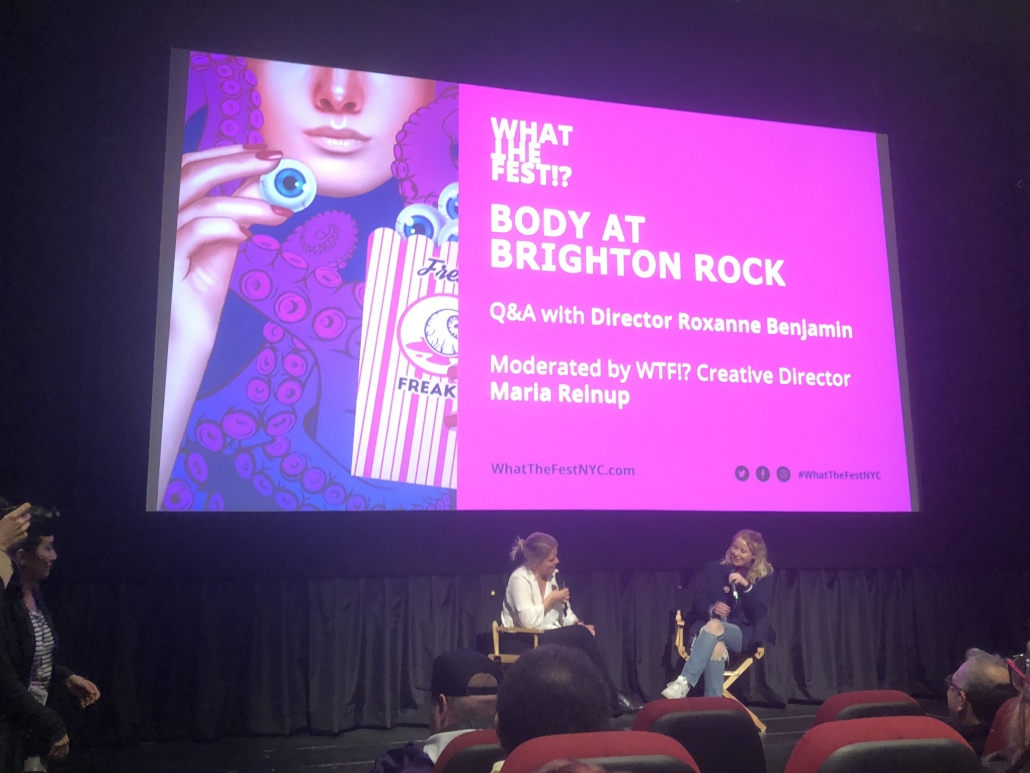 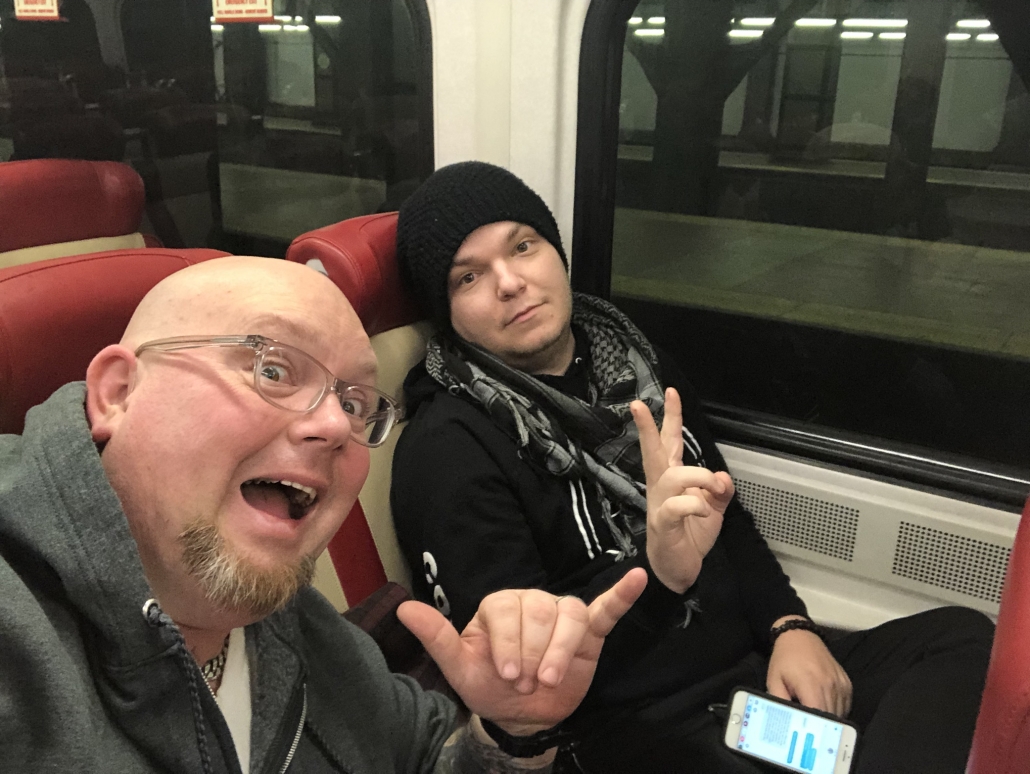