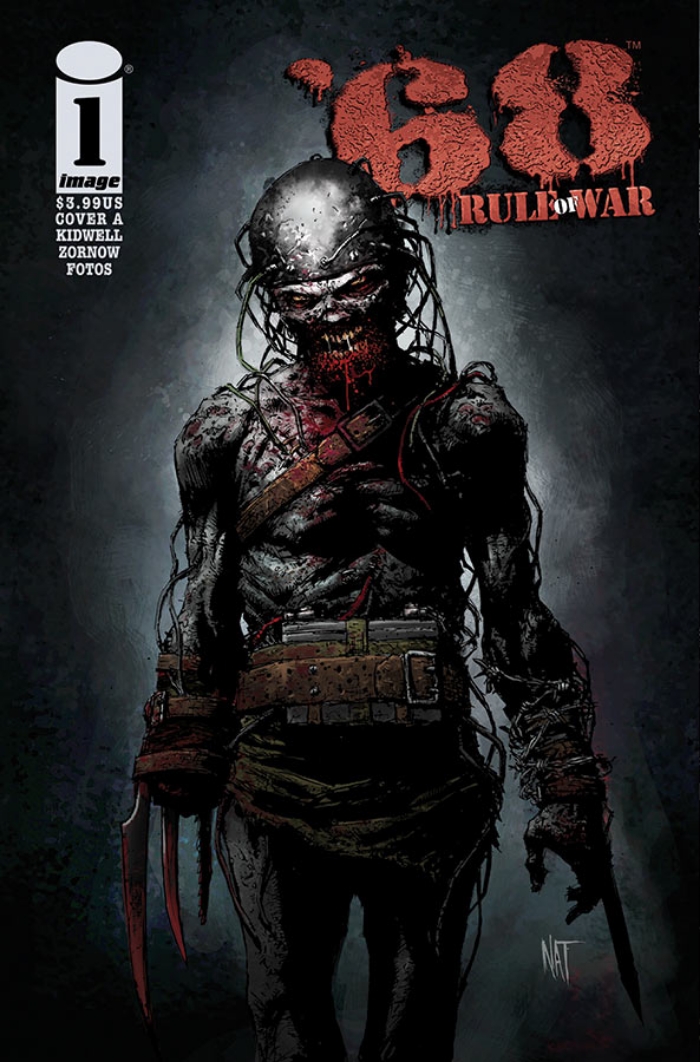 In a doom-shadowed Cambodia infested with the living dead, CIA Special Agent Declan Rule and his canine companion Nero stalk a human monster, a neurosurgeon bent on carrying out grisly experiments that turn P.O.W.s into vicious instruments of war. In Vietnam, Private Kuen Yam and his ragtag band of survivors battle their way across a murderous no-man’s-land in a desperate search for a ticket to the skies. The war is over, but the battle for humanity’s survival has just begun. Courage will be tested, sanity will be pushed to the breaking point and the rules of war…will be broken.

Written by Mark Kidwell and art by Jeff Zornow and Jay Fotos with covers by Nat Jones and Clayton Crain.

Expected to arrive on April 2 and is a 4 issues limited series.