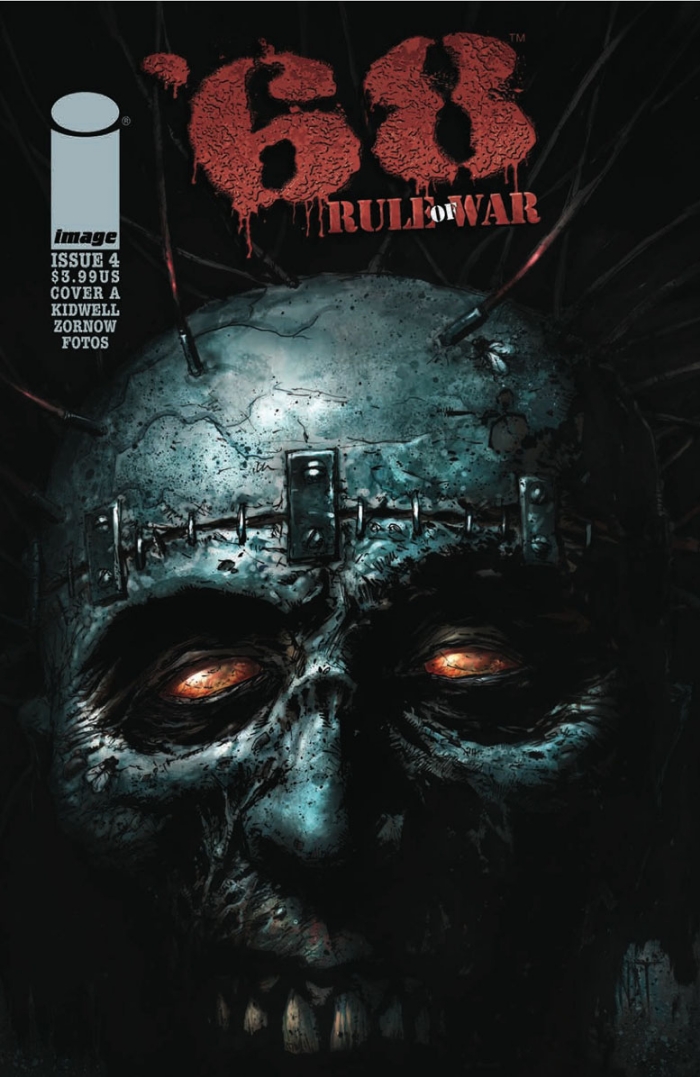 Image Comics has provided us a preview of the new ’68: Rule Of War comic.

After a month imprisoned in a tiger pit, Agent Declan Rule faces his last torture session with the mad doctor Than Morneau. On Pitt Island NJ, the Kuens begin to get curious in the shadow of a serial killer, and in Vietnam, a psychotic madman named War-Face leads a rotting army of the dead toward Heaven. The only thing standing in his way…is a man they call Jungle Jim!