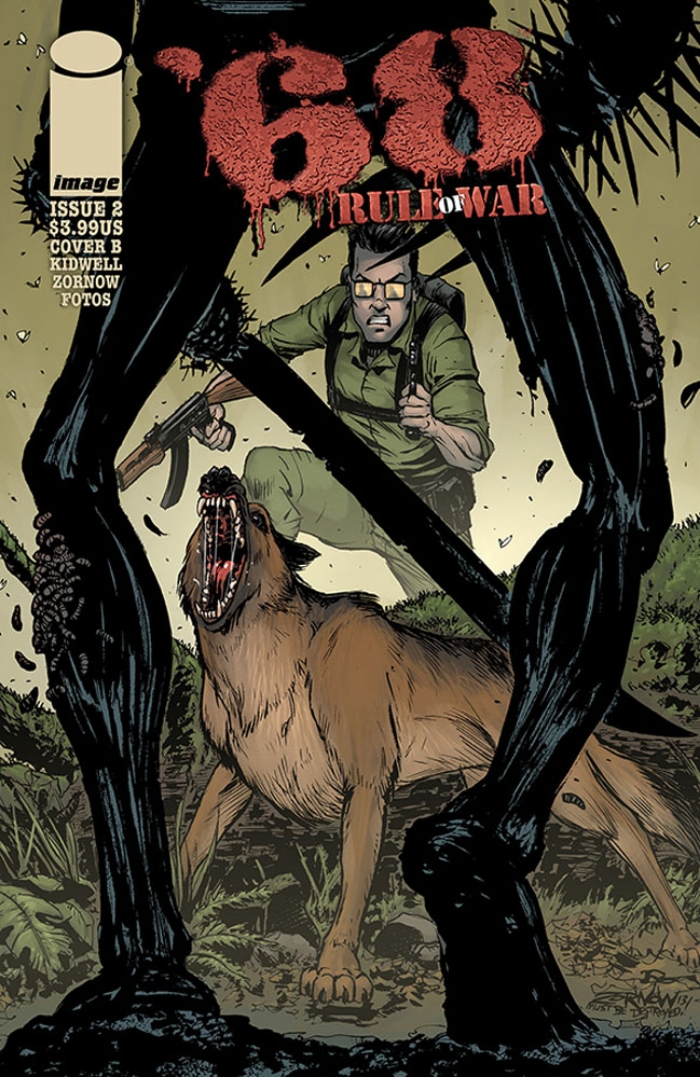 Image Comics has provided us a preview of the new ’68: Rule Of War comic.

In the blood-soaked jungles of Cambodia, CIA Agent Declan Rule follows his son’s murderer straight into a living hell populated by the hard-wired and weaponized dead. In the skies over Vietnam a plane filled with desperate survivors sputters and coughs, burning its last drops of fuel. And deep in the Southeast Asian rainforest, a human monster hides his face behind a mask of atrocity to raise an army of the damned.