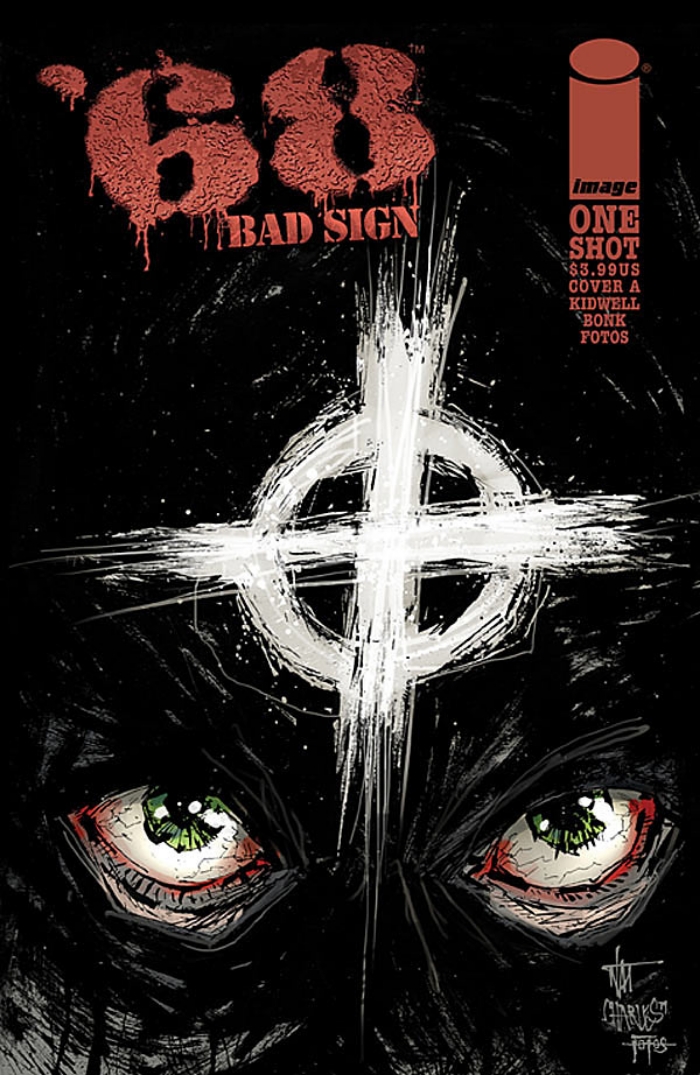 Image Comics has provided us a preview of the new ’68: Bad Sign comic.

In December of 1968, a violent, random serial killer launched a spree of terror on the San Francisco area.

On February 13th…the living dead rose and turned the entire world into a slaughterhouse.

Now, hidden away in a derelict warehouse deep in the butchertown district, a human monster continues his bloody work, taunting the few remaining cops and hunting humans without fear in a city of the damned.