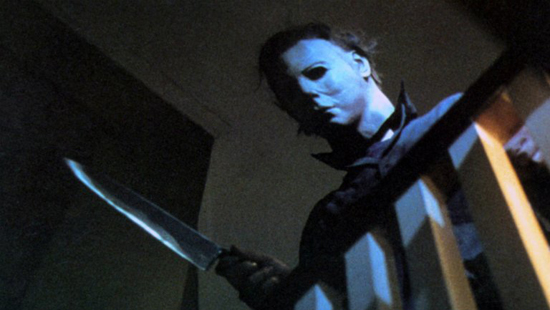 Fans are on the edge of their seats waiting for the October 19th release of the highly anticipated Halloween sequel starring Jamie Lee Curtis and Nick Castle… but CineLife Entertainment just announced a new project that’s sure to help make the wait much more tolerable! Starting on September 27th, 2018, fans can watch John Carpenter’s Halloween on the big screen in an all new 40th anniversary restored and remastered edition of the film!

The Hollywood Reporter has attained a press release from CineLife, detailing their partnership with Compass International Pictures, and Trancas International Films to bring the 1978 classic to select theaters worldwide. Even better, the restoration and remastering of the classic film has been, “created under the supervision of original cinematographer Dean Cundey”! Movie buffs know that Cundey has contributed to some of the most visually impressive films of all time in his storied career, including Jurassic Park, Who Framed Roger Rabbit, Big Trouble in Little China, and Back to the Future Part II and III.

In the press release, John Carpenter commented on the fact that both the original film and its 40 year follow-up would both be seeing theatrical releases in 2018:

“I’m thrilled to have the original make its way back  into theaters, as we prepare for the release of the  sequel. Having both back in theaters this fall is remarkable.”

Remarkable, indeed! It’s never been more exciting to be a Halloween fan. Fans can head to the CineLife Entertainment website by clicking this link to find out which local theaters will be participating in the 40th anniversary event. Stay tuned to Horror News Network for complete coverage of all things Halloween as soon as they break!