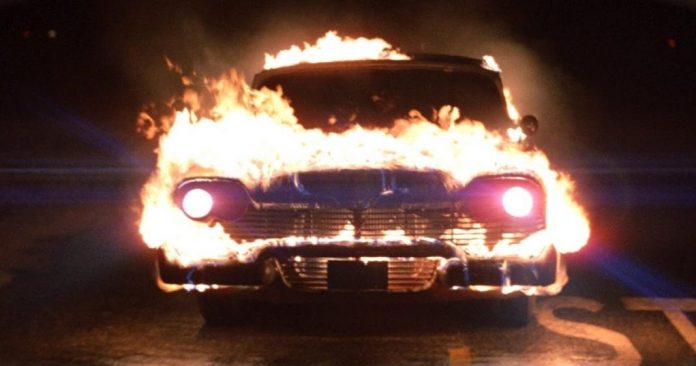 By 1983, Stephen King novels were white-hot in the world of film. Brian DePalma’s 1976 adaptation of Carrie won over critics and audiences alike as did Stanley Kubrick’s adaptation of The Shining four years later (King may have been the only one who didn’t like it). Then in 1982, King teamed up with George Romero to delight audiences with their love letter to EC Comics with Creepshow. So it’s safe to say that, by this time, studios were rushing to snatch up rights to every King novel they could find to make their next hit movie.

Well, 1983 rolled around and there came three: Lewis Teague’s Cujo, David Cronenberg’s The Dead Zone and John Carpenter’s Christine. Fast forward to 2021 and the time of “remakes and re-imaginings” and it appears that there is a new model of Christine on its way from the folks at Blumhouse.

According to the crew at Deadline, Blumhouse and Sony are teaming up and have brought on Bryan Fuller (Hannibal) on to write the script and direct. No word on anything yet other than Fuller has supposedly said that he plans to keep the story set in the 80’s and grounded in King’s novel. We’ll see.

Stay tuned for more news on the new Christine as it comes available.

The next Blumhouse original horror film slated for Epix is filling in the blanks very nicely. Marcus Dunstan--who co-wrote and directed The Collector (2009) and The Collection (2012)--has signed on to...

‘Firestarter’ Reboot Adds Yet Another Member To The Cast

The cast for the highly anticipated remake of Stephen King's classic Firestarter is growing by leaps and bounds. Earlier this week, Horror News Network reported that Ryan...

A young actress with impressive genre creds has been named to play the lead role of Charlie in the much-anticipated remake of the Stephen...