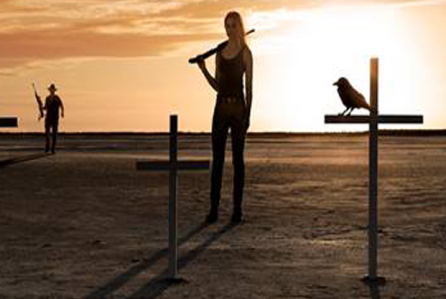 Lionsgate Television and Screentime’s Wolf Creek, a six-episode series from Australia based on the horror film series, will air on Pop on October 14. John Jarratt will be returning in his role as Mick Taylor, the serial kill her portrayed in the films.

In this story, an American family who is vacationing in Australia become victims of Taylor. Eve Thorogood (Lucy Fry), who survives, is determined to bring him to justice. The series will follow her journey, as she evolves from prey to predator.

Pop president Brad Schwartz said, “Wolf Creek is a binge-worthy, premium revenge tale that we are thrilled to bring fans at the perfect time of the year. To turn everything you expect from a horror film around and hunt the psychopath through a strong and singularly-focused female protagonist is thrilling to watch.”

The original Wolf Creek film premiered at Sundance in 2005. It’s sequel premiered in 2013.