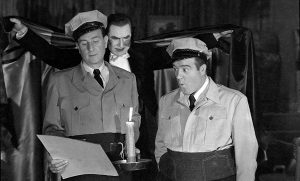 A movie doesn’t have to be serious just because it’s dealing with the greatest monsters known to man! Abbott and Costello Meet Frankenstein offers up the duo’s classic physical comedy shtick alongside such horror greats as Bela Lugosi, Lon Chaney Jr., and Glenn Strange. It’s amazing that so many legends of Hollywood all collaborated on this unforgettable testament to the Universal Horror classics of the 30s and 40s. Begin your viewing marathon with this trip to the lighter side of movie monsters! 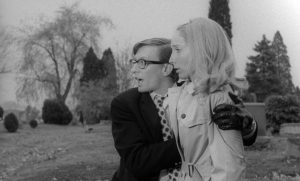 As I began to draft my list for this year, I found that my selections unintentionally paid tribute to many of the horror legends we’ve lost in 2017. Let’s take a moment to remember director George A. Romero (2/4/40 – 7/16/17) by watching his movie that started it all: Night of the Living Dead. With this picture, Romero single-handedly invented the modern zombie genre and transformed the landscape for special effects in horror films. His handling of his characters, his themes, and his subtext is literally decades ahead of its time!

Many of my favorite horror film’s don’t particularly scare me. I enjoy watching them, but very few of them have the ability to keep me up at night. This can absolutely not be said about Tobe Hooper’s (1/25/43 – 8/26/17) The Texas Chain Saw Massacre! The film is delightfully creepy; and after all of these years it still has the potential to chill me to the bone. One of my favorite cinematic experiences was watching a re-release of this movie in theaters. I remember looking around the darkened theater suspiciously in response to the littlest creeks and bumps made by the other viewers in the room! This early example of psychological terror is the downright scariest film on this year’s list. 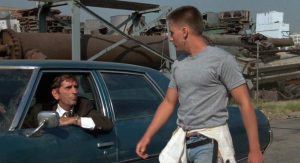 Harry Dean Stanton (7/14/26 – 9/15/17) starred in such horror classics as Alien and Twin Peaks; but he was also known for his amazing roles in far more eclectic films. One of those films is writer/director Alex Cox’s Repo Man, a movie which expertly combines the punk scene, the grimy world of car repossessions, and an unbelievable extraterrestrial phenomenon in a way that never before seemed possible! As an added bonus, we’re treated to an excellent performance by Emilio Estevez just one year before his unforgettable role in The Breakfast Club. Whether you love it or hate it, you’ll never forget your first experience watching Repo Man! 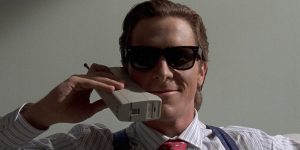 Based on Bret Easton Ellis’ 1991 novel of the same name, Mary Harron’s American Psycho has become more and more influential since its original theatrical release. It’s satirical handling of the life and times of Patrick Bateman has never been more relevant, and a re-watching of the film shows that the movie has aged much better than it’s contemporaries of the late 90s and early 2000s. This is the Christian Bale role which caused me to leap with joy when I learned he would be playing Bruce Wayne in Batman Begins!

I’ve spent more time writing about Darren Aronofsky’s mother! than any other film this year, so it only seems fitting for me to include it on this year’s Halloween watchlist! There’s nothing left for me to say about how wonderful it is, but you can check out my full review here, and my response to the film’s poor box office performance here. Do yourself a favor and give this one a viewing if you enjoy technically adept filmmaking with nuanced subtext… you won’t be disappointed!