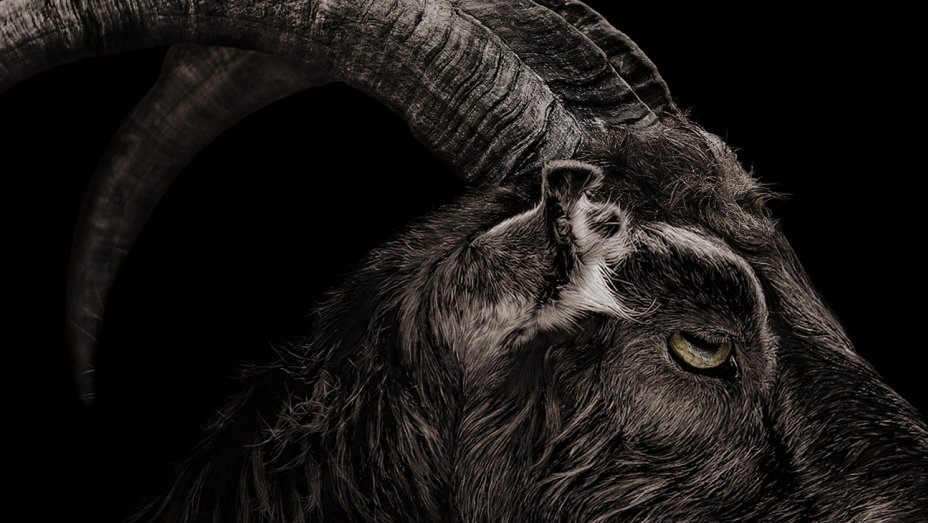 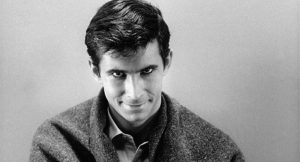 Begin your final countdown with one of Alfred Hitchcock’s most famous films. It’s a good start for the list because it is an essential horror/suspense film that needs no introduction. No need to hide your eyes… nearly all of the violence occurs offscreen in one of the most masterful manipulations of the camera ever committed to film. This movie is sure to creep out anyone who has ever decided to cut back on their vacation expenses by skimping on the quality of the motel! 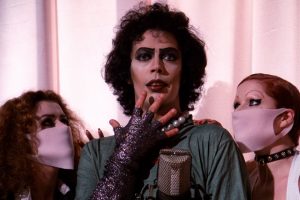 With the mediocre remake airing on Fox last week, interest in the franchise is higher than usual this year. Do yourself a favor and visit (or revisit) one of the greatest cult classics the genre has to offer. Full of catchy songs, crazy characters and fantastic costumes, you’ll surely be tapping your feet and singing along in no time! Test your horror trivia and see how many references to classic monster films you can spot in the opening song, “Science Fiction/Double Feature.” 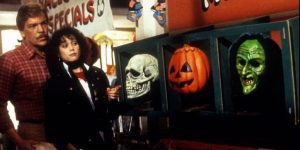 There’s an entire subgenre of horror films that are about Halloween or take place on Halloween. This picture is one of the finest examples of a movie that does both of those things. Originally the film was unsuccessful because it is the only movie in the Halloween franchise not to feature Michael Myers, but clever horror fans have come around to appreciate the quality of this one. Retro Halloween masks, the nefarious secret plans of an evil corporation, Tom Atkins’ moustache… this film has it all! 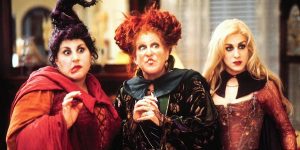 Halloween is a time for both tricks and treats. Now’s a good time to take a break from serious horror and enjoy a silly and goofy classic from the 90’s. This is another film that was overlooked at first, but has become more and more popular as time has gone by. This is evidenced by the fact that Walt Disney World is producing merchandise from the movie for their Halloween celebrations for the second year in a row after decades of inactivity. Sharp viewers should keep an eye out for an appearance by famous monster actor, Doug Jones (Abe Sapien, Pan, The Pale Man, The Angel of Death). 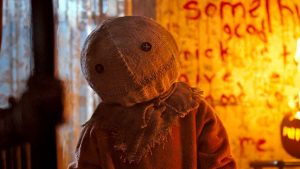 Trick ‘r Treat is another film about Halloween that takes place on Halloween. There’s really no better experience out there that details some of our favorite rituals and superstitions on this special night. This movie pulls no punches, so expect a gourmet feast of werewolves, murderers, and one cuddly Halloween mascot named Sam, who has become a favorite among fans of the genre and collectors of spooky memorabilia alike. 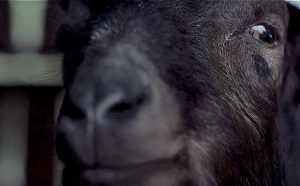 The Witch is certainly one of the biggest horror surprises of the year. While the film earned a poor Cinemascore from ticket purchasers, critics were able to instantly recognize its genius and more and more people are appreciating this film on home media. After the doorbell has stopped ringing on Halloween night, sit back and be instantly transported to colonial America and witness this dramatically atmospheric story. This is the most subtle and nuanced horror film on the list, but it’s also one of the most effective. You’ll never look at goats the same way again!