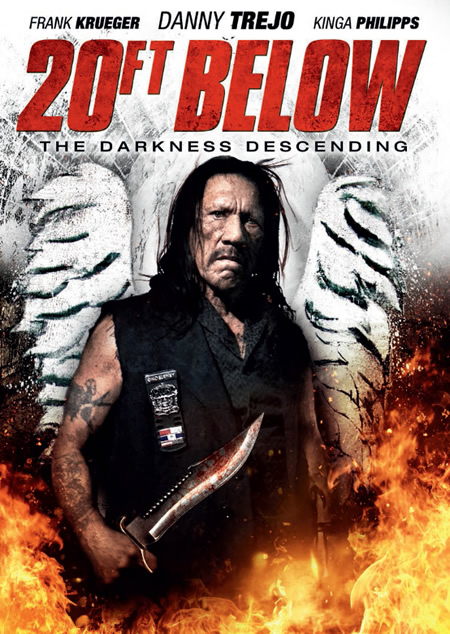 20 Ft. Below: The Darkness Descending Comes to DVD March 18th

A dark and dangerous world hidden in the shadows of New York’s abandoned subway tunnels is exposed in the action-packed thriller 20 Ft. Below: The Darkness Descending, descending on DVD and VOD March 18 from Vertical Entertainment.

In this pulse-pounding thriller, an eager, young documentary filmmaker (Kinga Philipps,
Syfy’s Legend Quest) ventures below the bustling streets of New York City to shed light on the homeless population living in abandoned subway tunnels. But once underground, she discovers a much darker reality than ever imagined.

In the depths of the massive, shadowy labyrinth, far beyond the reach of the law, dwells Angel (Danny Trejo, FX’s Sons of Anarchy, Machete, Machete Kills), a mysterious and ruthless man, rumored to be leader of a dangerous cult.

When the outside world threatens to tear apart the fragile and forgotten subterranean society, Angel’s wrath is unleashed, sparking an all-out war of good vs. evil. But in the darkness, it’s hard to tell right from wrong.