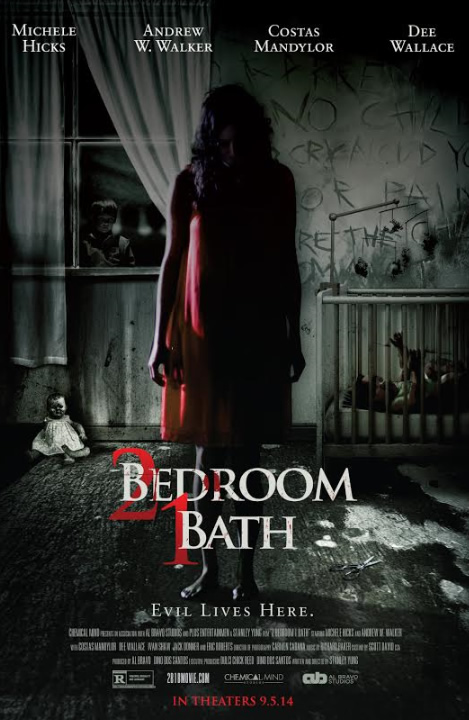 This psychological thriller comes from the new voice in horror, Writer/Director Stanley Yung, Producer Al Bravo (The Chicago 8, The Wailer), and the independent studio that brought audiences the cult horror film The Wailer (La Llorona). As one of Hollywood’s most promising independent producers, Al Bravo creates films that explore a variety of genres, describing his approach as “American with a Latino touch.” His studio’s latest feature-length effort, 2 BEDROOM 1 BATH, will have a limited theatrical release in Los Angeles.

The film follows Rachel (Michelle Hicks) and Kevin Foster (Andrew W. Walker), a couple who have finally found the ideal apartment where they can build a future and raise their children. It’s a fresh start for their sometimes troubled marriage, but as they begin to settle into their new home, their plans are quickly interrupted. Strange occurrences in the apartment begin to invade Kevin’s dreams and challenge Rachel’s sanity. The hauntings are so terrorizing that Kevin is forced to delve into the history of their new home and he uncovers a shocking past that threatens to destroy his and Rachel’s future.

Co-starring Eric Roberts (The Expendables, The Dark Knight), Costas Mandylor (Saw series), and Dee Wallace (The Howling, E.T.), this ghostly tale shows that there is no turning back once you unleash the evils of the past. In 2 BEDROOM 1 BATH, a young couple’s dream of “happily-ever-after” turns into a horrifying nightmare.