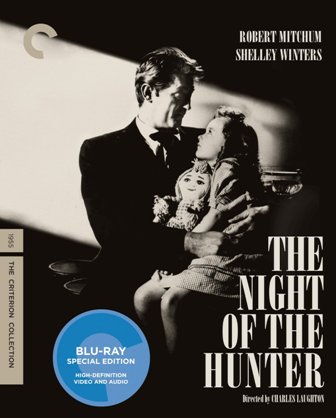 The Night of the Hunter-incredibly, the only film the great actor Charles Laughton ever directed-is truly a standalone masterwork. A horror movie with qualities of a Grimm fairy tale, it stars a sublimely sinister Robert Mitchum (Cape Fear, The Friends of Eddie Coyle) as a traveling preacher named Harry Powell (he of the tattooed knuckles), whose nefarious motives for marrying a fragile widow, played by Shelley Winters (A Place in the Sun, The Diary of Anne Frank) are uncovered by her terrified young children. Graced by images of eerie beauty and a sneaky sense of humor, this ethereal, expressionistic American classic-also featuring the contributions of actress Lillian Gish (Intolerance, Duel in the Sun) and writer James Agee-is cinema’s quirkiest rendering of the battle between good and evil.