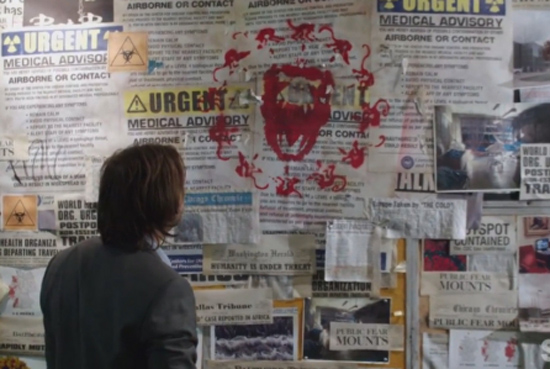 ’12 Monkeys’ has been renewed by Syfy for a second season that will air in 2016.  Natalie Chaidez, who is currently showrunner, is handing over the reigns to  Terry Matalas and Travis Fickett. Matalas and Fickett wrote the adaptation and are co-executive producers for season one. On season two they will serve as executive producers and showrunners. Richard Suckle, of Atlas Entertainment, and Charles Roven, the film’s producer, who are produced season one, will continue, along with Atlas’ Jake Kurily for UCP. ’12 Monkeys’ premiered with modest ratings, however it has been highly successful on DVR, with the series ratings continuing to increase.

Syfy president Dave Howe said “We are absolutely committed to 12 Monkeys, and have been incredibly impressed by the outstanding critical and audience praise the series has earned.” President and Chief Content Officer of NBCUniversal Cable Entertainment Jeff Wachtel was quoted saying “12 Monkeys is a show that has exceeded expectations at every stage. It’s had a great first season creatively, and is building a dedicated audience.”

’12 Monkeys’, which stars Aaron Stanford, Amanda Schull and Kirk Acevedo, is currently eight episodes in to it’s first season, which is comprised of 13 episodes.