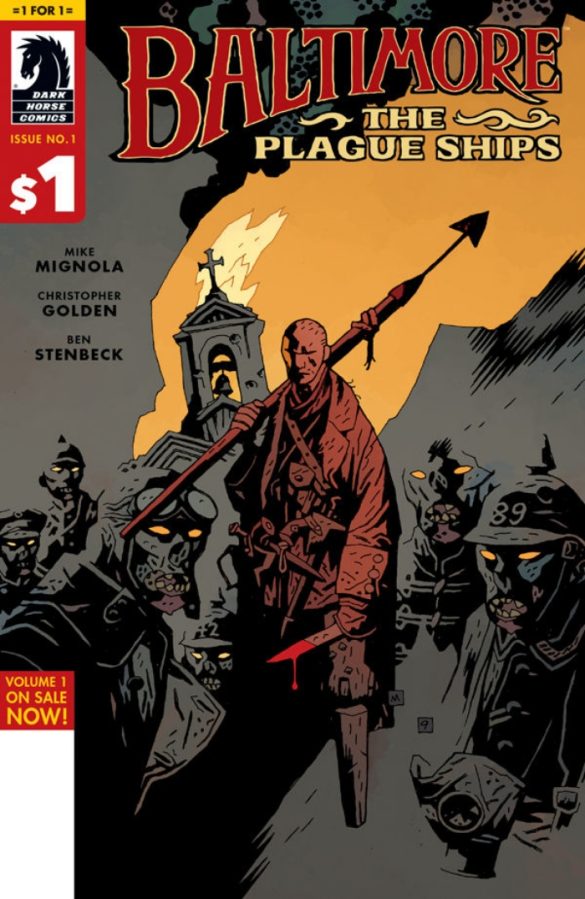 #1 for $1 Baltimore: The Plague Ships preview

Dark Horse Comics has provided us a preview of the new #1 for $1 Baltimore: The Plague Ships comic.

In time for the third hardcover collection, the very first issue of Baltimore is back in print—for $1! Months after a devastating plague ends World War I, Europe is suddenly flooded with deadly vampires. Lord Henry Baltimore, a soldier determined to wipe out the monsters, is on the hunt for the creature responsible for this chaos—and his own personal tragedy.