What fans did not know at the time that Alien 3 was released was that a script by sci-fi legend William Gibson (Neuromancer, Count Zero, Mona Lisa Overdrive) had been scraped at the eleventh hour, resulting in a rushed production that took the film in a very different direction.

Unfortunately, fans will never get to see what a William Gibson penned cinematic sequel to Aliens, but thanks to Dark Horse Comics, we will get to see a sequential art version of the story with the assistance of writer and artist Johnnie Christmas starting this November.

According to the official press release, the story opens up directly after “…the deadly events of Aliens, the Union of Progressive Peoples intercepts the spaceship carrying the hibernating bodies of Ripley, Hicks, Newt, and Bishop. But unbeknownst to them, they have also picked up another deadly passenger whose discovery will unleash a race between two governments to weaponize the xenomorph in this horrifying and poignant Cold War-themed thriller.”

The five issue series will go on sale on November 7, 2018 so be sure to reserve a copy today and come back to HNN in November for an official review.

In the meantime, check out the opening page of issue one below. 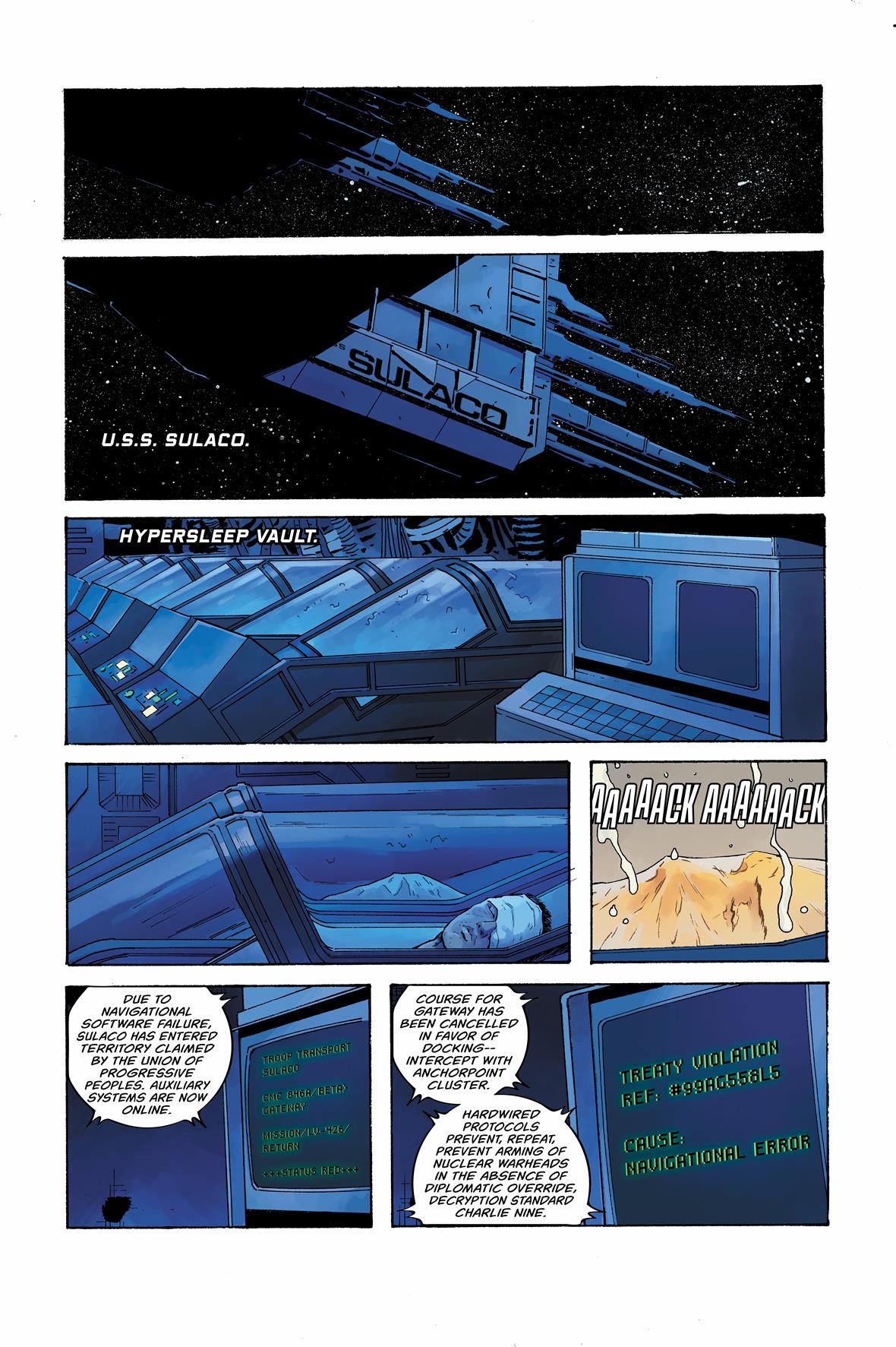