Horror News Network: Hi Laura! First of all, thanks so much for letting our readers get a glimpse into your career and huge congratulations on your recent wedding!

Laura: Thank you! Being married is a lot of fun!

HNN: Let’s start with The Hills Have Eyes. How did you end up with the role of Ruby?

Laura: I auditioned! Her character said ‘cute but deformed’ and I thought… “I’m right for this!” But also I loved how pure of heart she was a genuinely curious girl with a strong sense of right from wrong.

HNN: What was the audition process like for Hills?

HNN: Had you seen the original before you auditioned?

Laura: YES! And I had actually spent a lot of my preparing watching interviews with Wes Craven and what he looked for in the actors of the first HHE. Helped me make a lot of my choices.

HNN: You grew up in Columbia, right? How did you get the acting bug? Were you in school plays, etc.?

Laura: CoLOmbia…. Never use a “u’, that’s a different part of the world and any Colombian will correct you. I just always wanted to be in TV when I was little to be honest, I did use to put on my own plays- I was born in Colombia but mainly grew up in Rochester MN and then went to FL for a bit here I met other actors who encouraged me to move to Cali and the rest… is history!

HNN: What films/actresses inspired you?

Laura: Anthony Hopkins, Kate Winslet, those are my two, I have loved everything they’ve ever done- they have a presence not many can duplicate.

HNN: Were you a fan of horror before getting into the industry? If so, what were some favorite films?

Laura: Horror movies are SCARY so I don’t watch many of them. I loved “IT” when I was little though and am so happy “it’s” back!

HNN: You’ve done a lot of work with Adam Green. How did you meet him and what was your first impression of him?

Laura: I met him at a signing once, I was doing some stuff for THHE and he was promoting Hatchet– he was doing a rom-com actually and got my agents info and I auditioned and BOOKED IT!  However the movie didn’t happen but we became good friends, he’s like my big brother.

HNN: Like loads of horror fans, Holliston is near and dear to my heart and Laura is mine and my wife’s favorite character on the show. How much of the character “Laura” is actually you? (As a side note, during season one I tweeted “Market Basket” so often that the actual Market Basket store started following me on Twitter!)

Laura: YAY! MARKET- basKET!  I love the character Laura and its hard to say how the same or different we are, I think I can absolutely be more serious in day to day situations but I know Adam incorporates heightened versions of ourselves into our characters – for example the “Market Basket” thing was not at first in the script but was a conversation between Adam and I where I sad it wrong ( I really don’t hear the difference… ) and he kept trying to correct me and we just sort of went back and forth and I didn’t think anything of it and then there it was on the script. He’s so great at comedy, well, he’s a great writer overall and I think orator; it comes from how he’s able to pick out just the right essence of a person to put on paper and have fun with it.

HNN: What, if anything, can you tell us about a Season 3?

Laura: my lips are sealed

HNN: You were recently in Victor Crowley, which was a secret production of Adam’s. How hard was it to keep the filming of an entire movie a secret?

Laura: my lips are sealed… or are they!? It wasn’t so hard except I did want to tell people and the few people that knew about it whenever they would bring it up I felt like they were trying to trick me into saying something so I just did my work and didn’t tell anyone. I think we did a pretty great job.

HNN: I recently had the privilege of running a screening of Victor Crowley at a theater in Seymour, CT and it was amazing. In discussing with folks, I single out the performances of you and Felissa Rose as the “scene stealers” of the film. How was it working on VC?

Laura: Adam is really great at casting people who connect so easy and instantly and become family plus he then puts you in freezing temperatures and makes you stay up all night. So, basically it was an incredibly joyful experience and that is not sarcasm I love all these people to death. We still text almost daily, not just one or two of us but the nitrite cast. We really fell in love with each other.

HNN: I had no idea until recently that you had a role in Guardians of the Galaxy. How did that come about?

Laura: James Gunn had his assistant email me about doing a ‘thing’. They couldn’t tell me much about it and honestly, I had no idea what it was, but I said yes, because getting to play around and film with friends is always a lot of fun and James is such a fun guy I knew whatever it was I was probably going to like it. At first I thought it might have been a fun little web project or something- like his PG PORN, until I showed up to set. It was incredible getting to see James work and geeking out with the make up artists as they turned me pink. I really had no idea what I was doing until the day of.

HNN: Are there any films, horror or non-horror, that if you’re flicking through channels, you’ll leave on regardless of how many times you’ve seen it?

HNN: How about music? What’s currently making the rounds in your iPod?

Laura: Honestly, probably the Legally Blonde soundtrack with some Beyonce and Chance The Rapper and Kendrick Lamar.

HNN: If you could work with any filmmaker who would it be?

HNN: How about actor/actress?

HNN: Do you have any desire to write and/or direct?

HNN: Any advice you would like to give to women entering the film world?

HNN: Thank you so much for your time, Laura! 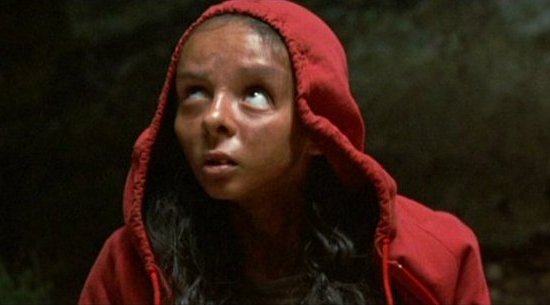 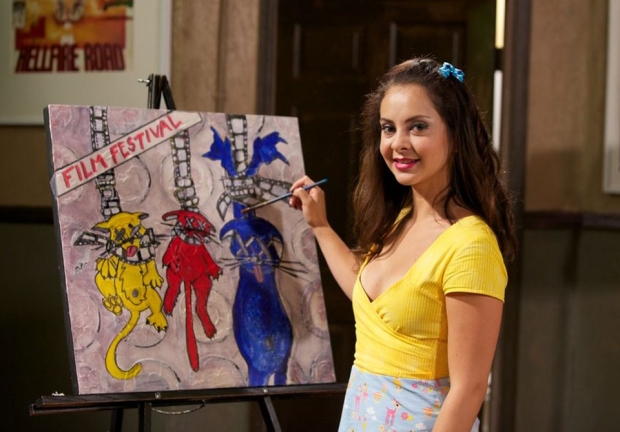 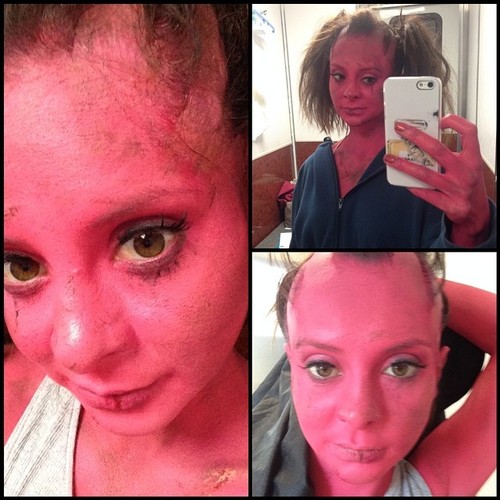 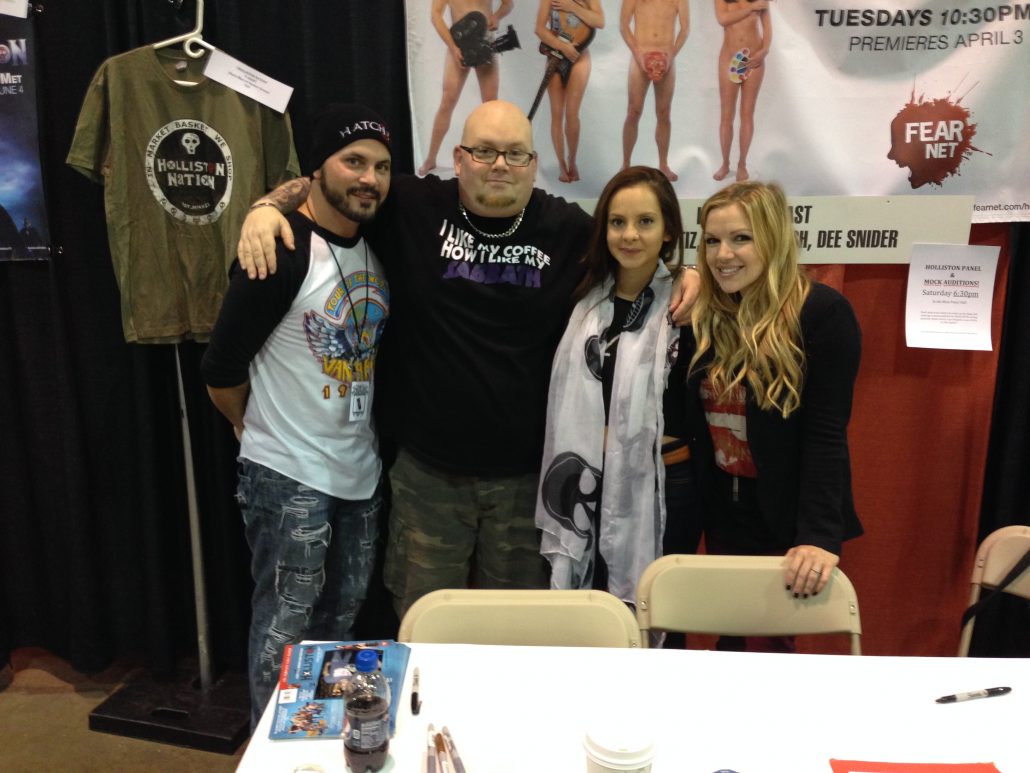 Close to 5 years ago, I had the opportunity to interview Adam Green to discuss the upcoming sophomore season of his show Holliston on...
Read more

At this year’s CT HorrorFest in Danbury, CT, Connecticut Cult Classics announced that they would be presenting the state’s only screening of director Adam...
Read more

Anyone who knows anything about Kurt Russell- the legendary actor behind classic John Carpenter heroes like Jack Burton, Snake Plissken, and R.J. MacReady- must've...
Read more