Over the last decade there have been many very successful genre TV shows like Stranger Things, The Walking Dead, American Horror Story, and Bates Motel, just to name a few.  The latest series to scare up fans is The Haunting of Hill House from Netflix.  Unless you’ve been living under a rock, you’ve heard the show is just incredible and prompting friends and family to hold up in their homes binge watching it.  What make this series such a standout? In a word, everything. 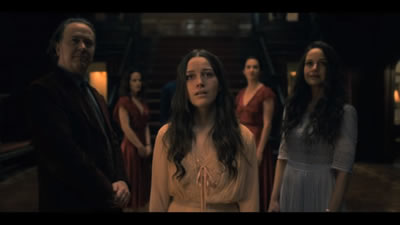 The show, adapted from Shirley Jackson’s novel of the same name, seems to have captured elements needed for film to perfection.  Front and center is the meaty storyline. Fans have seen cases where books don’t always translate to the screen. The Haunting of Hill House, however, delivers a story which transcends the horror or paranormal genre.  The plotline more than drives the series, it sucks the viewer in with weighty emotional family dynamics.  Not just telling the terrifying experiences of the Crain family, but really displaying the deep wounds and trauma left by those experiences. Yes, it delivers all the creepiness horror fans want, but also showcases the humanity that many genre shows and films tend to lack.

This story is carried valiantly by this absolutely incredible ensemble.  From Elizabeth Reaser, who portrays closed off Shirley, to the overly logical Michiel Huisman as Steve, Victoria Pedretti as Nell, and Carla Gugino as their tormented late mother, there is not one weak link in the cast.  Oscar-award winning Timothy Hutton gives a solid and very notable performance as the father on the outs, keeping years of secrets to protect his children, while sacrificing their affection in return.  The show also features standout performances from Oliver Jackson-Cohen as Luke and the Katie Siegel as Theo, who both give all out gut wrenching performances, as the children battling inner demons, as well as being able to see the outside demons. It is worth noting that the child actors and actresses in the show also do an exceptional job conveying the fear, as well as the other complicated emotions that arise from Olivia Crain’s unexplained behavior. 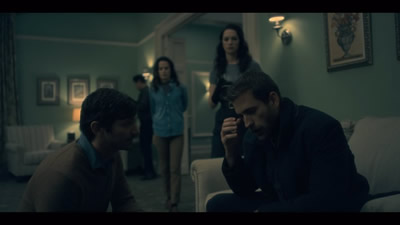 The direction from Mike Flanagan is top notch.  The way the series plays out, bouncing back between past and present, forces the viewer to pay attention.  All these details will come back to haunt you towards the end of the series.  Without giving spoilers, The Haunting of Hill House invites you into the Crain’s journey with the paranormal, as well as the journey within each character’s battle with their own inner ghosts.

At this point in time Netflix hasn’t officially picked up The Haunting of Hill House for a second season, although fans of the show can only hope the team can maintain the caliber of show served up in this one.  With the house still standing and characters as complex as the Crain’s, there is much hope the cast and crew can raise the bar.  Either way, if you are a horror fan, paranormal fan, or honestly, just a fan of quality TV shows, The Haunting of Hill House is without question a must watch.

Deadline has a report that McKenna Grace will once again team up with James Wan in the upcoming film Malignant. The two worked together...
Read more

Deadline is reporting that Mckenna Grace, one of the young stars in the Netflix series The Haunting of Hill House will play a young...
Read more

As reported in April by HNN's John Evans, Netflix announced a new series based on Shirley Jackson's seminal haunted house tale The Haunting of...
Read more