“Salem”, which debuted in 2014 was created by Adam Simon and Brannon Braga and was the first scripted television series to run on the WGN America network. Fans of the show will not have to worry about the show coming to an abrupt end with no real ending (those old enough will remember that happening with the show “It’s Your Move” starring a young Jason Bateman), Braga and Simon said in a statement that, “we knew this would be the final season and were able to craft an exciting climax to Mary’s transformational saga.”

Matt Cherniss, president of WGN America added that “Salem is a fantastic show that greatly contributed to our successful launch into original programming.” 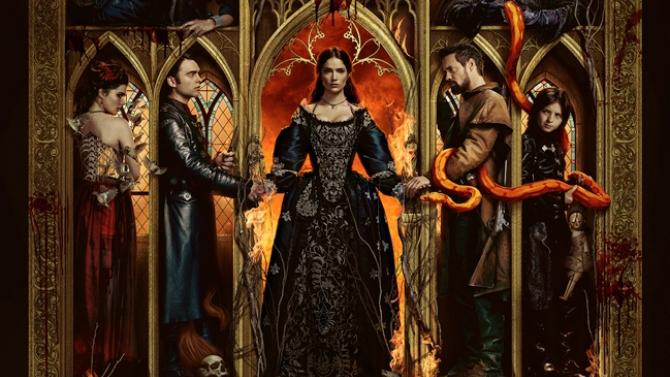 With a film like Hocus Pocus, if the Sanderson Sisters had to wait 300 years to come back to life then it's a good...
Read more

For many horror comic fans that came of age in the late 1980s and continued to read and collect comic books into the 90s,...
Read more

Ahead of its first season premier, The Chilling Adventures of Sabrina season two has already begun filming according to Kiernan Shipka, star of the...
Read more