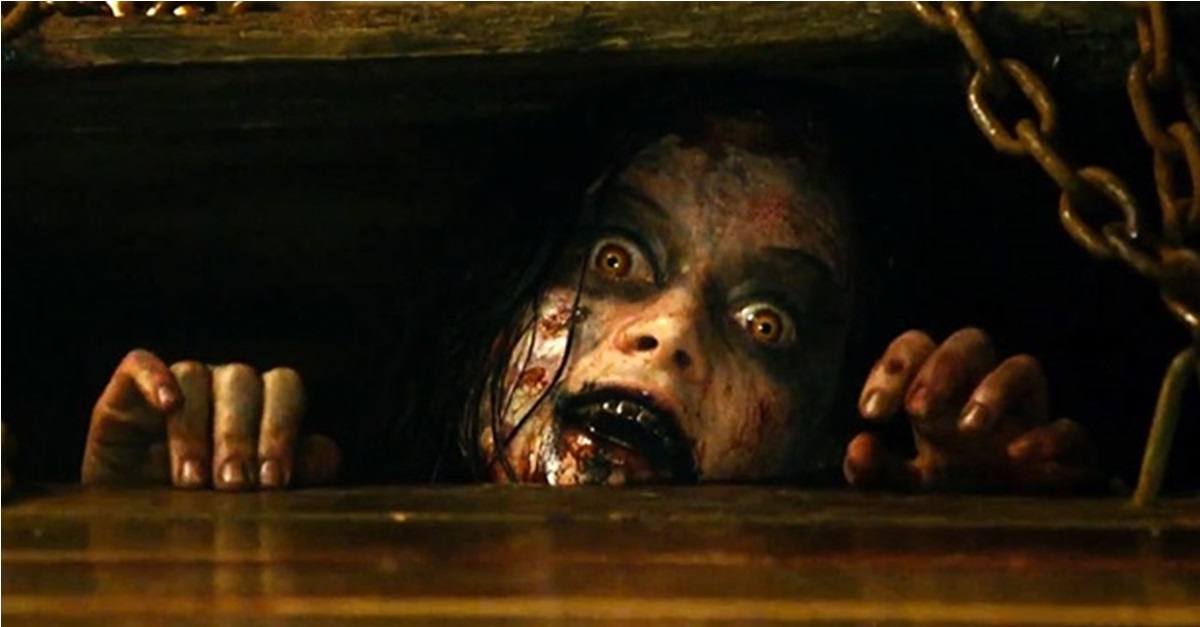 Anyone who knows me knows that I normally shun remakes, as do most loyal horror fans. That’s why friends of mine are so surprised when I say how much I adore Fede Alvarez’s 2013 Evil Dead. “But…you hate remakes almost as much as you hate “found footage” movies”, they say; well the fact is that I’ve always contended, as have other wise fans, that Fede’s film was not a remake but a sequel; Ash’s rusted out Delta 88 is sitting in front of the cabin, for god’s sake!

Still, there are those that would argue that the film was meant as a straight remake and to them I say, told ya so! Last night, well most of us deadites were snoozing, a fan tweeted Fede Alvarez with this exact question and the director responded, “It continues the first one. The coincidences on events between the first film and mine are not coincidences, but more like dark fate created by the evil book. (Ash car is still there rusting away)”.

Well, there you have it fiends. It would seem that 5 years after the bloody film’s release, it has been confirmed that Evil Dead is in fact a sequel to the original film. Thanks for clearing that up, Mr. Alvarez.