Excitement for Denis Villeneuve’s upcoming Blade Runner 2049 is hitting a fever pitch as we approach its debut in theaters on October 6th. We here at Horror News Network have been enthusiastically covering the film since its explosive teaser trailer hit the web nearly a year ago. And, now, as we wind down the final weeks to the movie’s premiere, fans will start to see official poster art at the local cinema!

Warner Bros. have begun shipping the official double-sided posters for Blade Runner 2049 to theaters across the country. The minimalist design features the film’s main characters- Harrison Ford, Ryan Gosling, Ana de Armas, and Jared Leto- against the color-coded dichotomy of the franchise’s signature scenery. The orange lettering is a first for the series, and the greenish blues conjure up reminders of the promotional materials for 2010’s Tron: Legacy. You can view the entire poster art below: 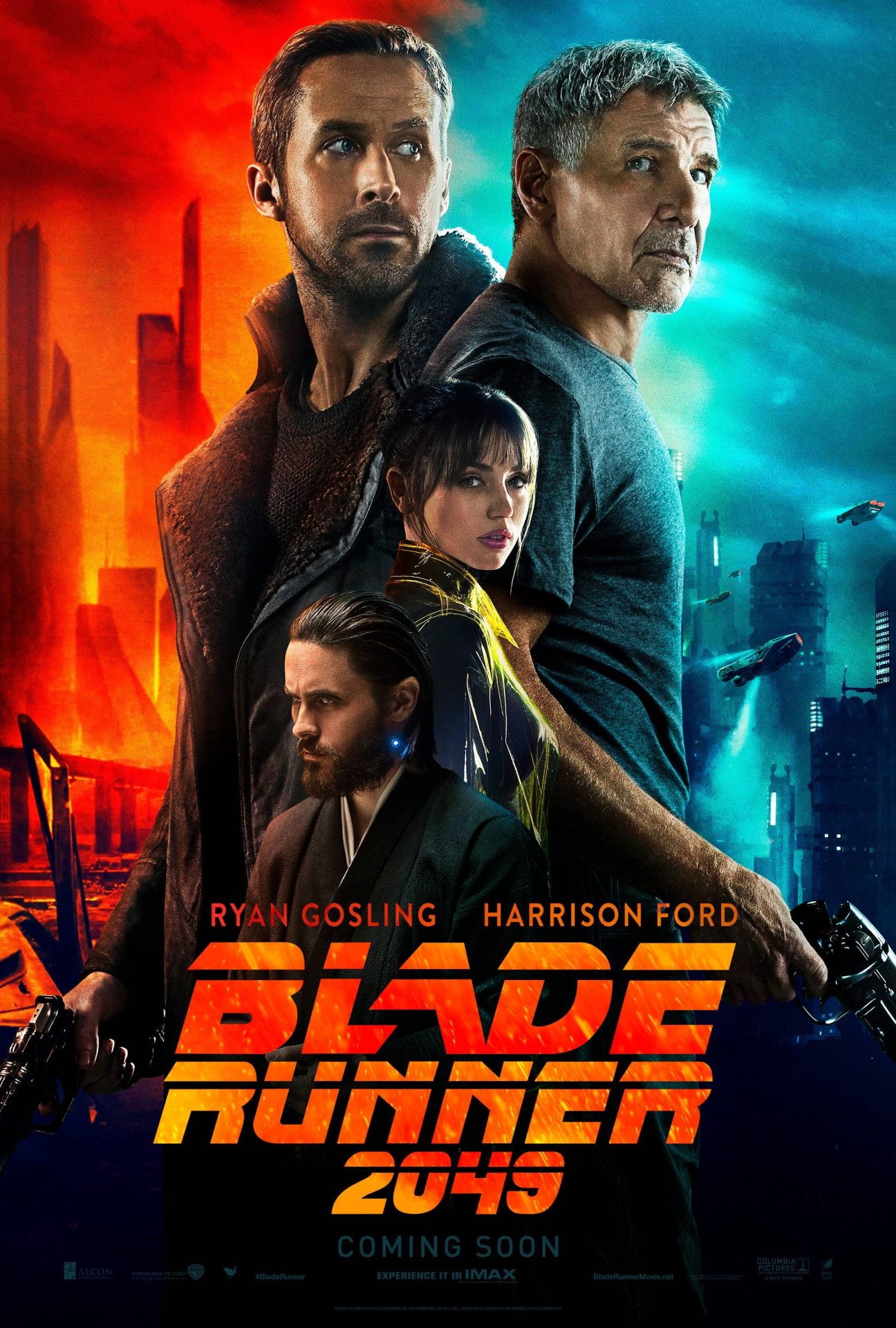 Perhaps the clashing color palettes surrounding the two leads will resemble the relationship and character qualities of Ford’s and Gosling’s respective characters. All will be revealed soon enough when the movie hits theaters in a few short weeks!

Stay tuned to Horror News Network for more details on Blade Runner 2049 as they break!

Staff Writer at Horror News Network
John has loved movie monsters for as far back as he can remember. He's since collected up as many comics, statues, and autographed material related to movies and music that he can get his hands on. He is particularly interested in the critical and analytical discussion of the best stories the horror genre has to offer. One of his largest works on the topic is a study on the portrayals of people with disabilities in horror films.
http://www.horrornewsnetwork.net/wp-content/uploads/2017/08/blade-runner-Edited.jpg 969 1795 John Evans http://www.horrornewsnetwork.net/wp-content/uploads/2016/05/HNN-logo.jpg John Evans2017-08-27 22:35:112017-08-27 22:35:11Warner Bros. Unveils Official Poster Art for 'Blade Runner 2049'
0 replies