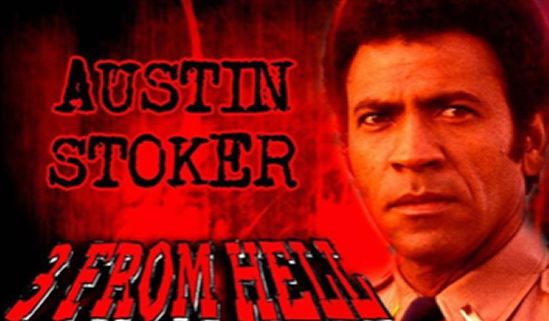 Stoker is best known for his role in John Carpenter’s 1976 classic Assault on Precinct 13, and also appeared in Sheba, Baby and Battle for Planet of the Apes.  There’s no word on what his role may be in Zombie’s latest.

Casting news: Austin Stoker star of Assault on Precinct 13, Battle for the Planet of the Apes, Sheba, Baby and Airport 75 has joined the cast of 3 FROM HELL. #robzombie #3fromhell #austinstoker

On Thursday Zombie confirmed Sid Haig, aka Captain Spaulding, would also be on board.  He joins Bill Moseley and Sheri Moon Zombie to round out the Firefly family’s return.  With no plot details reveled, fans are left to speculate exactly how Rob Zombie plans to resurrect this crew given the gruesome ending of The Devils Rejects.

Horror News Network will keep you up to date as we learn more about 3 From Hell.

Senior Editor at Horror News Network
Christine Bucci-Caprilozzi joined the Horror News Network staff in 2005 when the site was still ComicMonsters.com. She started as a Staff Journalist adding interviews, comic reviews and convention coverage. Christine is also the Lead Organizer/Director of the CT HorrorFest and is a firm believer in keeping the indie spirit of the horror community alive. You can follow her on Twitter @Christine_HNN.
http://www.horrornewsnetwork.net/wp-content/uploads/2018/03/stoker.jpg 397 549 Christine Caprilozzi http://www.horrornewsnetwork.net/wp-content/uploads/2016/05/HNN-logo.jpg Christine Caprilozzi2018-03-16 20:05:402018-03-16 20:13:10Veteran Actor Austin Stoker Joins ‘3 From Hell’
0 replies