The Underworld franchise, which consists of five films and Kate Beckinsale as heroine Selene, has grossed over $220 million in domestic theaters and close to $500 million worldwide since debuting in 2003.  The movies tell the tale of vampire Selene, who is also a Death Dealer.  The revenge epic has been a huge hit with both vampire fans as well as the casual horror crowd.  Wiseman, who has also been tabbed to direct the next entry in the Die Hard franchise, has been involved in all of the Underworld films thus far.  He directed (and co-wrote) both Underworld (2003)and Underworld: Evolution (2006), and was credited as a producer on the other three.  For the TV series adaptation, he will once again serve as Executive Producer.

A distributor for the Underworld television series is still being sought, but is being viewed as merely a formality.  Sony’s television division Screen Gems will also be involved in the project, as it was with all of the movies.

Stay tuned to HNN for more details as they become available! 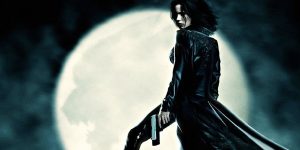 The folks at Naughty Dog are doing everything in their power to keep trolls from barking out spoilers for The Last of Us Part II...
Read more

We announced last Friday that Naughty Dog will be releasing weekly featurettes which explore their upcoming game, The Last of Us Part II, and...
Read more

As Sony gears up for the debut of the Playstation 5 this fall, the video games titan has just unveiled what is likely to...
Read more

Universal has acquired the movie rights to Crave, a YA vampire novel by Tracy Wolff, a New York Times best-selling author, according to Deadline. The...
Read more

October is just around the corner and, of course, that means Halloween will be here before we know it. And the Syfy Channel aims...

A new horror/thriller is fleshing out its cast--and this week the project landed a couple of big fish. Mickey Rourke and Taye Diggs have signed...

With October only hours away, Netflix dropped a new teaser trailer for Hubie Halloween. The rundown of the latest Adam Sandler film will follow “A...